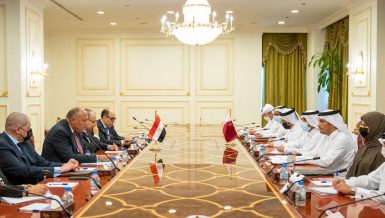 UMMATIMES - Bahrain's Foreign Minister Abdullatif Al Zayani said his country was in communication with the new government of Israel. The issue of creating peace in the region, including resolving the Palestinian issue in line with the two-state solution, was also discussed by the two countries.
Reported by the Al Arabiya website, Al Zayani in a statement on Wednesday (16/6) said communication with the new Israeli government was driven by a Bahraini approach that is based on understanding, dialogue and cooperation between people. Bahrain is known to have agreed to normalize diplomatic relations with Israel in August last year.
On Monday (14/6), Bahrain's Crown Prince Salman bin Hamad bin Isa Al Khalifa congratulated Israel's new prime minister, Naftali Bennett. He hopes Bennett can successfully lead Israel.
Currently Israel is led by a coalition government resulting from a combination of eight parties with different directions and backgrounds. The United Arab List party is also included in it.
The coalition is led by Naftali Bennett, chairman of the Yamina party and Yair Lapid, leader of the Yesh Atid party. The coalition government was approved and passed by the Israeli parliament (Knesset) on Sunday (13/6). Of the total 120 Knesset members, 60 gave their support, while 59 refused. Although the gap is very narrow, the result ended Prime Minister Benjamin Netanyahu's 12-year term in office.
Because of the coalition government, Bennett will Lapid will share the prime minister's term spanning four years. Bennett will become prime minister in the first two years or until September 2023. The rest of the term will be continued by Lapid.
Bennett has held several important positions in the Netanyahu government. He was once appointed as Israel's defense minister. Like Netanyahu, Bennett is known as a far-right figure. He opposes the establishment of a Palestinian state and supports the expansion of illegal settlements in the occupied territories.