Blinken Emphasizes China's Transparency About the Origin of Covid-19 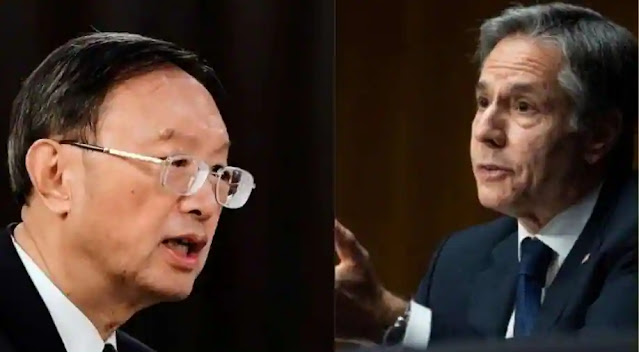 UMMATIMES - US Secretary of State Antony Blinken stressed the importance of China's cooperation and transparency in investigating the origins of the coronavirus. This he conveyed in a telephone call with Chinese Foreign Minister Yang Jiechi.
Friday (11/6) the US State Department said in a direct connection the two ministers also discussed various other sensitive topics. One of them is policy towards North Korea.
Blinken also expressed US concerns about the decline of democratic norms in Hong Kong and the 'genocide' of the Uighur Muslim community in Xinjiang. The US Secretary of State asked China to stop operations to pressure Taiwan.
The US State Department said during the talks Blinken also asked China to release US and Canadian citizens "who are detained even though they are innocent". Previously, the White House Chief Health Adviser Anthony Fauci MD said two places could be the source of the arrival of Covid-19.
The two places are a bat cave and a laboratory in Wuhan. Fauci said there is important data that needs to be known but has not been released by the Chinese government. The data in question is data on nine people who were exposed to Covid-19 before the disease began to spread to various parts of the world.
Six of the nine people are mining workers. The other three are laboratory workers.