A bomb attack in a residential area in the eastern Pakistani city of Lahore, killed four people, including a child. Meanwhile, 14 others were injured. 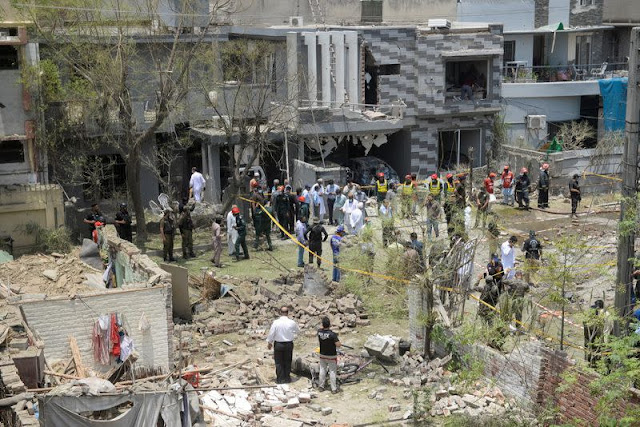 UMMATIMES - So far, no party has claimed responsibility for the explosion. Among those injured in Wednesday's blast were several police officers manning a checkpoint next to the home of Hafiz Saeed, the imprisoned founder of the Lashkar-e-Taiba (LeT) group.
"It seems that what we saw was our law enforcement agencies being targeted. You can see our police officers were also injured," provincial police chief Inam Ghani told reporters.
Three people died, according to Ghani. A police spokesman later said a four-year-old child had died from his injuries.
Some of those injured, including children, are in critical condition, a hospital spokesman said. A car parked near a house exploded, setting fire to nearby cars and motorbikes, a witness, Fahim Ahmad, told reporters at the scene.