Brazilians take to the streets demanding Bolsonaro step down

Anti-government protesters take to the streets in Brazilian cities. This action was held when the number of deaths due to Covid-19 in the Latin American country reached 500,000 people. 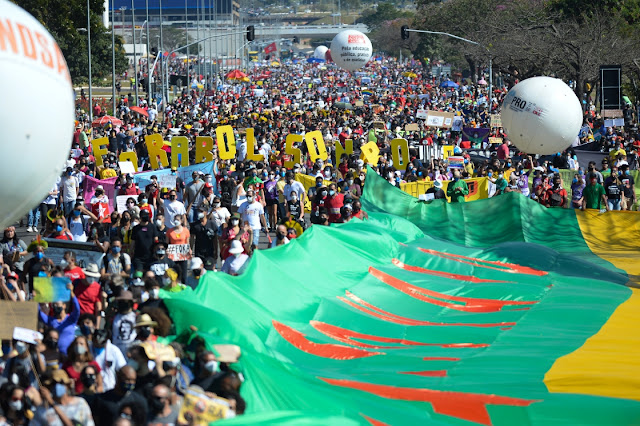 UMMATIMES - Critics say Brazil's high death toll is due to President Jair Bolsonaro downplaying the pandemic. On Saturday (19/6), thousands of people gathered in the center of the capital, Rio de Janeiro. Many of the demonstrators waved flags reading 'Bolsonaro withdraw. The government is starving and unemployed'.
"Brazil is experiencing a major setback, this country used to be a pilot country for vaccination in the world, our institution is well-known but we are in a sad situation," said student Isabella Gouljor who took part in the protest as quoted from the New York Post, Sunday (20/6).
Another protester waved a banner reading "500 deaths, it's his fault", referring to Bolsonaro. Similar actions were also held in 22 of Brazil's 26 states and the Federal District, Brasilia.
A demonstrator holds a sign in Portuguese that reads 5000,000 killed in Brazil, Vaccine Now, during a protest against the government's response to fighting Covid-19 and demanding the impeachment of Brazilian President Jair Bolsonaro, in Brasilia, Brazil, Saturday, February 21, 2021. - (AP/Eraldo Peres) 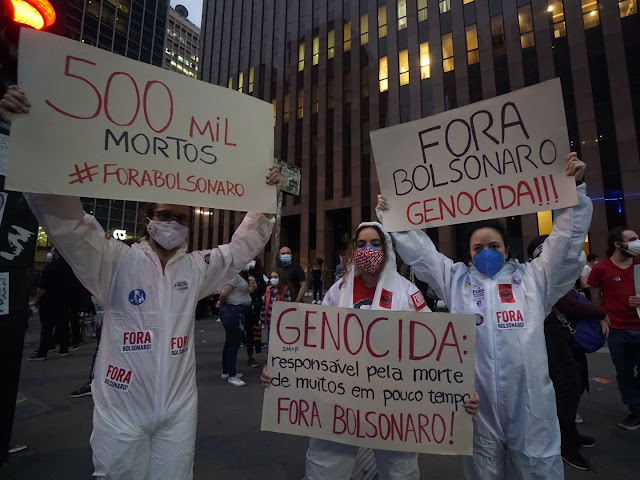 The demonstrations were promoted by left-wing parties that pushed Bolsonaro's support numbers down. That jeopardizes the president's position in next year's election.
"Back off Bolsonaro, genocide," chanted protesters in Rio.