Cambodian environmental activists dragged to court for insulting the king, why the controversy?

A court in Cambodia has charged three environmental activists with conspiring against the government and insulting the king. 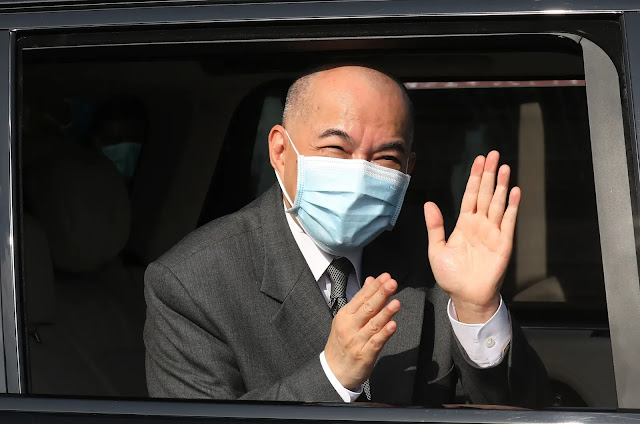 UMMATIMES - Members of the Mother Nature group were arrested after they documented the flow of sewage into the Tonle Sap river in Phnom Penh.
A Cambodian law banning insulting the king was recently passed and it is unclear how activists did it.
The three environmentalists face sentences of between five and 10 years in prison.
Prosecutors told Reuters news agency that "the evidence gathered by the police constitutes an insult to the king", although they did not specify what the offense was.
Critics warn that the law - introduced in 2018 - is being used as a tool to silence dissent.
The three activists are Sun Ratha, 26, Ly Chandaravuth, 22, and Yim Leanghy, 32. They are members of the Mother Nature activist group.
They were detained last June 16 while documenting the dumping of waste into the Tonle Sap river near the royal palace, according to the Cambodian Center for Human Rights.
"The Cambodian government is relentlessly targeting Mother Nature Cambodia," Naly Pilorge, director of rights group Licadho, told Reuters.
"These are signs of an escalation with outrageous charges of 'conspiracy'.
Mother Nature founder Alejandro Gonzalez-Davidson, who was deported in 2015 after criticizing a controversial dam-building plan, was charged in absentia.
Last month, three other campaigners linked to the group were sentenced to between 18 and 20 months in prison for organizing a demonstration against backfilling of a lake in the capital.
The Swedish and US embassies also criticized the charges.
"Deeply concerned to hear of the arrests of more youth activists advocating for environmental issues," said US ambassador Patrick Murpy.
"Documenting pollution problems is an attempt to serve the public interest, not terrorism. We urge the authorities to be responsive to their citizens, not silence them.
"The Cambodian government has stepped up its campaign to silence activists who peacefully advocate for protecting the environment," said Phil Robertson, deputy Asia director at Human Rights Watch (HRW).
"Foreign countries, the United Nations and international donors should demand that the Cambodian authorities drop their absurd accusations against environmental activists and publicly condemn a further crackdown on peace activism."
"Politicizing the judiciary means that environmental activists who are indicted do not have the opportunity to get a fair trial," he added.
Cambodia's government spokesman, Phay Siphan, dismissed criticism of the charges, saying the government was simply applying the rule of law.
The defendants should "find good lawyers to address these issues in the courtroom, instead of making up stories," he said.
Cambodia has a constitutional monarchy system, and almost all power is in the hands of Prime Minister (PM) Hun Sen, who has been in power for decades.
Authoritarian governments crack down on criticism and dissent.