Canada and US Extend Border Closures 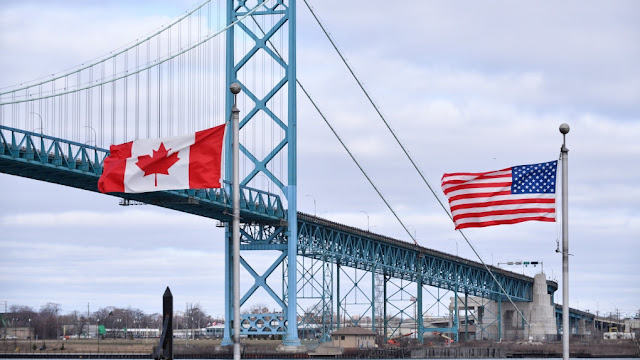 UMMATIMES - Canada and the United States (US) agreed to extend border closures until July 21. Canada is working to increase the vaccination of its citizens.
“We are still seeing cases across the country and we want to bring them down. At the same time we also know that we have to reach our target of 75 percent being vaccinated with the first dose, and at least 20 percent being vaccinated with the second dose," said Prime Minister Justin Trudeau.
The Canadian government is under pressure to open businesses and the tourism industry, fearing that the country's economy will continue to decline. Border closures do not affect trade in goods. But the restrictions hit travel operators and service exports.
The Canadian Chamber of Commerce called the government too much for continuing to close the border. Canadian Chamber of Commerce President and Chief Executive Perrin Beatty said at this time travel operators and service exports were unable to continue their business.
“I am disappointed, all the scientific studies say that we must move forward to reopen borders. We don't even have a plan at this point," Beatty said.
The border between Canada and the US remains closed to all non-essential travel. The restrictions were announced in March 2020 at the start of the pandemic. Since the pandemic the restrictions have been extended every month.
The Canadian government expects vaccine deliveries to 80 percent of citizens who qualify for two doses of the vaccine by the end of July. About 70 percent of eligible Canadians have received a dose of the vaccine. Canada postponed the second dose because it wanted to increase the first dose of vaccination.