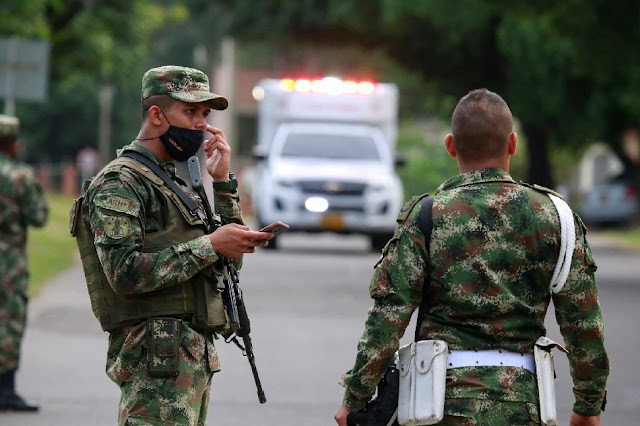 UMMATIMES - A car bomb exploded at a military base in the Colombian border city of Cucuta, injuring 36 people on Tuesday (15/6). Defense Secretary Diego Molano suspected the attacks were carried out by left-wing rebels.
"We reject and reject this heinous and terrorist act that seeks to attack the Colombian army," Defense Minister Diego Molano told reporters.
The explosion occurred at a base used by the 30th Army Brigade in the northeastern town near the border with Venezuela. Molano said one of the injured had undergone surgery and another 29 were hospitalized.
Two men drive a white Toyota truck to a military base, after claiming to be officials. The number of injured from the blast could be higher, but most personnel are in preventive isolation due to the coronavirus. Photos and videos circulating on social media show a white vehicle engulfed in flames. President Ivan Duque said he would travel to Cucuta to meet military and local government leaders.
Social media videos show US military personnel at the military base after the attack. The US military's Southern Command did not respond to a request for comment on the attack.