More than half of the Covid-19 cases reported in the Lisbon region are of the highly contagious variant of the Delta coronavirus, preliminary data showed on Sunday as Portuguese authorities struggled to curb a worrying spike in cases. 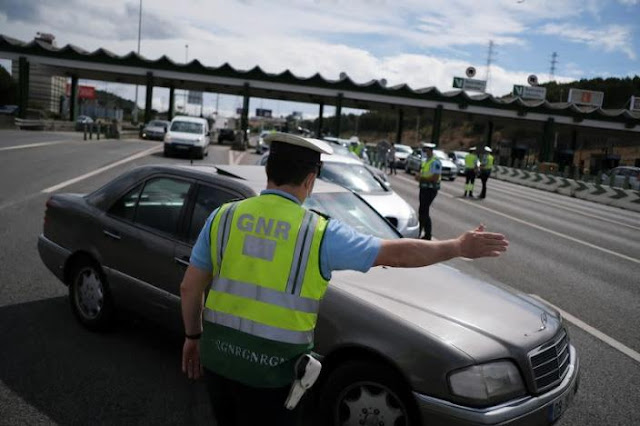 UMMATIMES - Ricardo Jorge of the national health institute said the Delta variant, which was initially detected in India, represented more than 60 per cent of Covid-19 cases in the Lisbon area, although it was still less than 15 per cent in northern Portugal. The Alpha variant, which was previously dominant in the UK, is more common in northern Portugal, representing 80 per cent of cases in the region and only 30 per cent in Lisbon and surrounding areas, according to the agency.
Portugal reported more than 1,000 new cases of Covid-19 for the fourth day in a row on Saturday and the number of people who had only tested positive in 24 hours returned to levels from late February, when the country was still under lockdown. However, around 2.5 million of Portugal's 10 million population have received the full dose of the Covid-19 vaccine.
While there has been a slight increase in hospitalizations in recent days, there has been no increase in the death toll from Covid-19, given that the elderly and more vulnerable people have been injected with the vaccine. The recent spike in cases came about a month after Portugal, which relies on its tourism sector, returned to welcome travelers from across the European Union and Britain.
The majority of daily cases were recorded in the Lisbon area, where a weekend travel ban was imposed on Friday. Portugal reported the highest average weekly cases per capita in the European Union, according to data from tracking site ourworldindata.org. Quarantine was imposed in January to deal with what was then the world's worst Covid-19 spike that nearly overwhelmed health systems.
England removed Portugal from the green list of foreign destinations on June 3, less than a week after crowds of football supporters in Porto during the Champions League final could be staged. Portuguese authorities last week said they would allow entry to travelers from the US as long as they submit negative Covid-19 results on arrival.