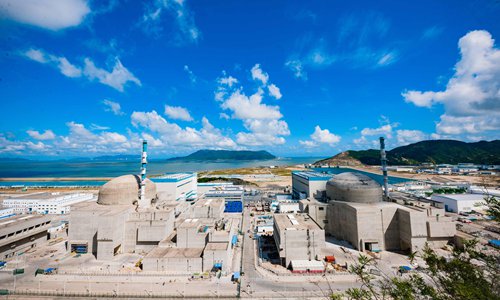 UMMMATIMES - China claims the Taishan Nuclear Power Plant in Guangdong Province is guaranteed to be safe and does not pose a risk of impacting the environment.
"The current situation at the nuclear plant has met the technical specifications. So far, China's nuclear plants have been operating with a good record without any impact on the environment and the health of the surrounding community," said Chinese Foreign Ministry (MFA) spokesman Zhao Lijian in a written statement. received by Antara Beijing, Wednesday (16/6).
The statement was released in response to a statement by the United States government over reports of the leak of the Taishan Nuclear Power Plant after French minority shareholder Framatome warned of an imminent radioactive threat. The plant, located in Guangdong, is jointly operated by China General Nuclear Power Corporation (CGN) and Framatome. CGN holds a 70 percent stake, while Framatome holds 30 percent.
In its report on Sunday (13/6) evening, CGN stated that several environmental indicators around its nuclear plant were normal. Then on Monday (14/6), Framatome also made a written statement on its official website that according to data, the nuclear plant in the southern region of China operates according to safety standards.