China: Taiwan can't rely on US

The Chinese military asked Taiwan to realize that their future depends on 'reunification with China. The Bamboo Curtain Country added that Taiwan also cannot rely on the United States (US). 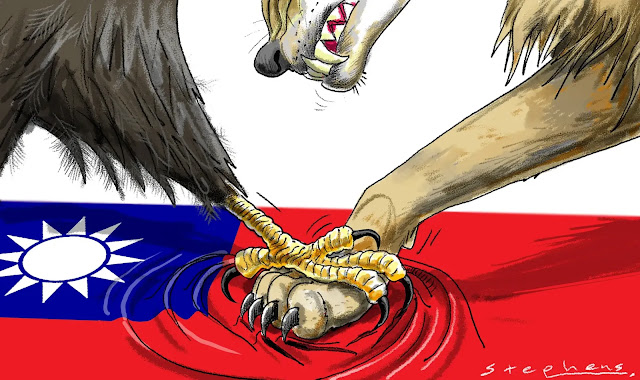 UMMATIMES - This was conveyed when answering questions about the incoming wave of Chinese warplanes in the skies of Taiwan last week. On Thursday (17/6) last week, 28 eight Chinese Air Force aircraft including fighter planes and nuclear-carrying bombers entered Taiwan's air identification zone (ADIZ).
This is a record number of Chinese planes entering the self-governing island. The incident occurred shortly after the leaders of the Group of Seven (G7) countries released a joint statement stressing the importance of peace and stability across the Taiwan Strait.
China denounced the statement as 'slanderous'. Asked about the number of Chinese aircraft that entered Taiwan last week, Chinese Defense Ministry spokesman Ren Guiqiang said the military drills were a necessary action. "For the current security situation throughout the Taiwan Strait and safeguarding national sovereignty," he said, Thursday (24/6).
Independence means war
He stressed that Taiwan's independence meant war. Ren Guiqiang repeated the harsh statements that China's Ministry of Defense used since January. "The United States fully understands that China's development and growth cannot be stopped by any force," Ren said.
"The ruling Democratic Progressive Party should be aware that Taiwan's future depends on national reunification, any attempt to 'rely on the United States for independence' is doomed to failure," he added.
China believes Taiwan's democratically elected government is pushing the island to declare formal independence. Although Taiwanese President Tsai Ing-wen has repeatedly said the island is already an independent country called the Republic of China.
Most Taiwanese are not interested in being ruled by China. The United States is Taiwan's largest arms supplier and strongest supporter on the international stage. However, the US does not have official diplomatic relations to avoid angering China.
Over the past year Taiwan has complained that Chinese warplanes have repeatedly violated their airspace.