Chinese Ambassador to the United States Cui Tiankai on Tuesday, June 22, 2021, announced he would be leaving his post after 8 years in office. It was the longest term the Chinese ambassador in Washington has served. 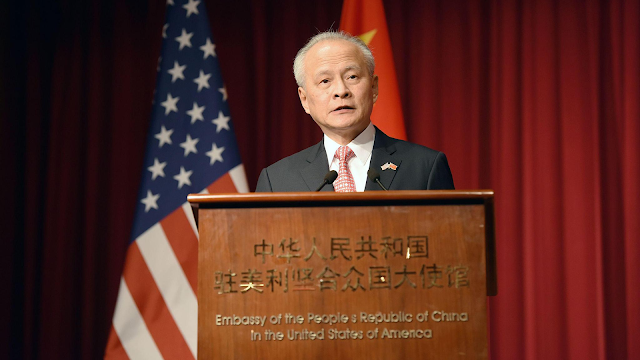 UMMATIMES - Cui, 68 years old, has entered retirement. He was even supposed to retire at 65. Cui is known as a diplomat who has remained calm amid heated disagreements between Beijing and former President Donald Trump's administration.
"I will forever cherish the deep friendships that were forged with Chinese citizens in the United States during my time in office," Cui said, in a farewell letter he posted on the website of the Chinese Embassy in the United States.
China's foreign ministry has not yet commented on who will replace Cui. But sources have told Reuters that Qin Gang, 55, will fill the important position. Qin is a former Chinese Vice Foreign Minister and he is a trusted aide to President Xi Jinping.
Qin served Xi as Chief Cabinet Secretary in 2014 – 2018 or a period during which President Xi frequently traveled abroad and hosted many events at home, which were attended by high-ranking Chinese officials.