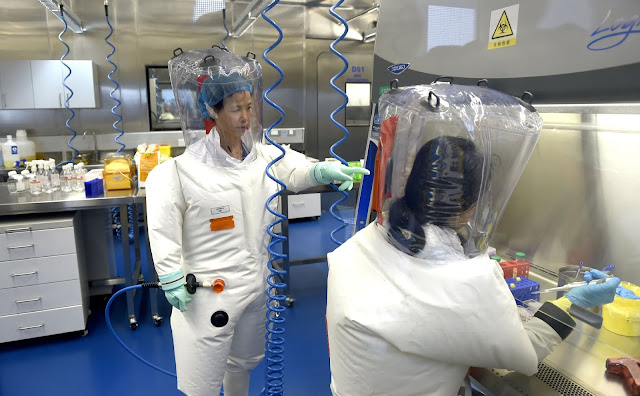 UMMATIMES - A Chinese epidemiologist has asked the United States to also be investigated for the suspected origin of Covid-19. The reason is a study from the US National Institutes for Health (NIH) showed Covid-19 could have circulated in America as early as December 2019.
A study published this week showed that at least seven people in five US states were infected with SARS-CoV-2, the virus that causes COVID-19, a week before the United States reported its first official case.
Zeng Guang, chief epidemiologist at China's Center for Disease Control and Prevention, told state-owned tabloid Global Times that attention should be turned to the United States, which is slow to test people in the early stages of the outbreak, and is also home to many biology laboratories. "All subjects related to biological weapons owned by the state must be supervised," he said as quoted by Reuters, Thursday, June 17, 2021.
Chinese foreign ministry spokesman Zhao Lijian said it was now "clear" the COVID-19 outbreak had "multiple origins" and that other countries should cooperate with the WHO.
The origins of the pandemic have been a source of political tension between China and the United States, with much focus recently on the Wuhan Institute of Virology (WIV), located in Wuhan where the outbreak was first identified in late 2019.
A joint China-World Health Organization (WHO) study published in March said COVID-19 most likely originated in the country's wildlife trade, with the virus entering humans from bats via an intermediary species.
But China has promoted the theory that COVID-19 entered China from abroad via contaminated frozen food, while a number of foreign politicians have also called for further investigation into the possible leak from the laboratory.
China has been criticized for its lack of transparency in disclosing data on early cases as well as the virus studied at WIV.
A report by the US government's national laboratory concluded that it made sense that the virus had leaked from the Wuhan laboratory.
Meanwhile, an earlier study raised the possibility that SARS-CoV-2 could be circulating in Europe as early as September, but experts say this doesn't mean it didn't originate in China, where many SARS-like coronaviruses have been found in the country.