The US government has imposed a ban on imports of the main material for solar panels from China-based Hoshine Silicon Industry Co. 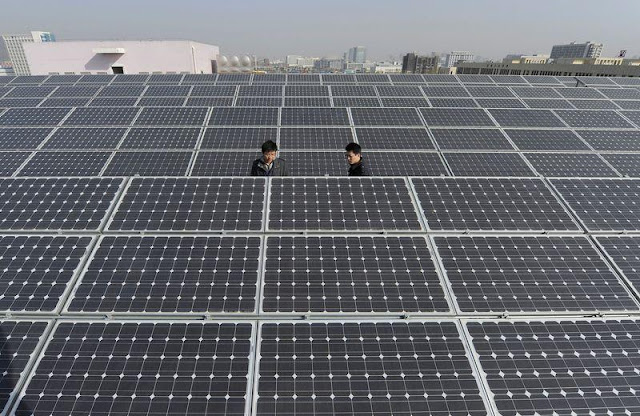 UMMATIMES - The US Department of Commerce separately restricted exports to Hoshine, three other Chinese companies and the military-style Xinjiang Production and Construction Corps (XPCC), saying they were involved with the forced labor of Uyghurs and other Muslim minority groups in Xinjiang.
The three other companies added to the US economic blacklist include Xinjiang Daqo New Energy Co, a unit of Daqo New Energy Corp; Xinjiang East Hope Nonferrous Metals Co., a subsidiary of Shanghai-based manufacturing giant East Hope Group; and Xinjiang GCL New Energy Material Co., part of GCL New Energy Holdings Ltd.
The Commerce Department said the company and the XPCC have been implicated in human rights abuses and abuses in the conduct of China's campaign of repression, mass arbitrary detention, forced labor and high-tech surveillance of ethnic Uighurs, Kazakhs and other members of the Muslim minority group in Xinjiang.
At least some of the companies registered with the Ministry of Commerce are major producers of monocrystalline silicon and polysilicon used in the production of solar panels.
The company or its parent company did not immediately respond to a request for comment, or could not immediately be reached. XPCC could not immediately be reached for comment.
When asked for comment, the Chinese embassy in Washington called Tuesday's statement by Chinese Foreign Ministry spokesman Zhao Lijian rejecting allegations of genocide and forced labor in Xinjiang as "nothing but rumors with ulterior motives and blatant lies."
The "Retaining Release Order" by US Customs and Border Protection simply blocked the import of materials from Hoshine. A source familiar with the order said it had no impact on most US imports of polysilicon and other silica-based products.
A second source said the move did not conflict with President Joe Biden's climate goals and support for the domestic solar industry.
The Biden administration in March announced a target to cut solar energy costs by 60% over the next 10 years. President Biden has set a goal of a 100% clean electricity grid by 2035.
The source said the United States was continuing to investigate allegations of forced labor by Chinese companies supplying polysilicon.
The Xinjiang region accounts for about 45% of the world's supply of solar grade polysilicon, according to a report by solar industry analysts.
Two sources familiar with the policy said the White House saw the move as a "natural continuation" of the G7 agreement earlier this month to eliminate forced labor from supply chains.
"We see these three actions as embodiment of that commitment," said one of the sources. "We believe this action demonstrates a commitment to impose additional costs on China for engaging in cruel and inhumane forced labor practices."
The XPCC, a paramilitary organization sent to Xinjiang in the 1950s to build agriculture and settlements, has remained strong in the region's energy and agriculture sectors, operating almost like a state.
Foreign governments and human rights activists say they have been a force in the crackdown and surveillance of Uighurs in the region, running several detention camps. The US Treasury Department last year sanctioned the XPCC for "serious violations of rights against ethnic minorities."