The US envoy to North Korea, Sung Kim, on Monday (21/06) expected a "positive response" from Kim Jong Un's government. The statement was reported by Yonhap news agency when Sung Kim visited South Korea. 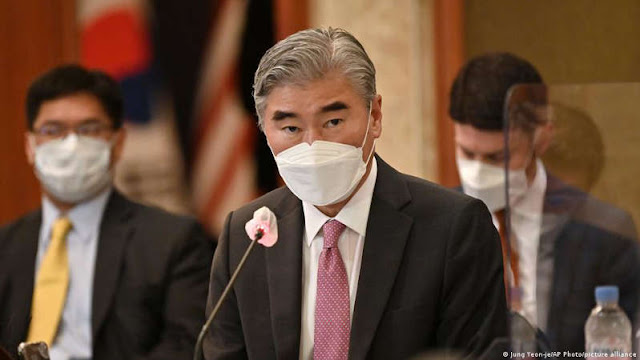 UMMATIMES - Sung Kim, the US special representative for North Korea, is on a five-day visit to South Korea amid a deadlock in denuclearization talks with Pyongyang.
"We will prepare for both, because you know, we are still waiting to hear from Pyongyang for a meeting," he said. "Hopefully the dialogue shows that we will get a positive response soon."
Kim, who also doubles as Ambassador to Indonesia, has scheduled a meeting with South Korea's main nuclear envoy, Noh Kyu-duk, as well as a trilateral meeting session with Takehiro Funakoshi from Japan.
In addition, Noh and Funakoshi are also scheduled to hold bilateral meetings to discuss North Korea.
Kim's appointment comes after President Joe Biden's administration conducted a review of North Korea policy which concluded that the United States would seek practical ways to persuade Pyongyang to give up its nuclear weapons.

Not long ago, North Korean leader Kim Jong Un urged holding dialogue or confrontation with the United States, state news agency KCNA said on Friday (18/06).
The United States responded on Sunday (20/06) that it saw Kim's comments as an "interesting signal," but added that Washington was still waiting for direct communication from Pyongyang to initiate any talks related to the denuclearization of the Korean Peninsula.