Link adsterra :
Philippine President Rodrigo Duterte has insisted his government will not cooperate with a possible investigation by the International Criminal Court (ICC) into the Philippines' drug war campaign. 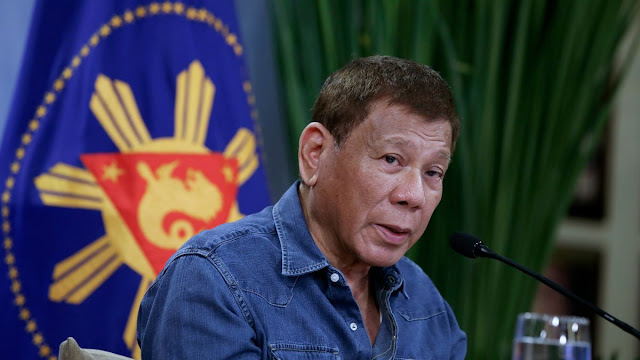 UMMATIMES - Local media Philstar said Duterte called the ICC "nonsense".
“Why am I defending or facing charges in front of white people? You must be crazy. They were previously occupiers and have not atoned for their sins against the countries they invaded, including the Philippines," Duterte said.
The ICC consists of 18 judges, some of whom come from Africa, Asia and South America. Duterte also said he wanted to "slap" the ICC judge a week after former chief prosecutor Fatou Bensouda asked the court for permission to continue investigations into the Philippines' drug war campaign.
President Duterte said he would only face charges in Philippine courts. "I am ready to face charges in a Philippine court before a Philippine judge," Duterte said.
On June 14, the day before his retirement, ICC Chief Prosecutor Fatou Bensouda announced that a preliminary examination of the situation in the Philippines had been completed and had asked the court's permission to continue the investigation.
Fatou believes there is a reasonable basis that crimes against humanity occurred in the Philippines between July 1, 2016-16 March 2019 in the context of the Philippine government's "war on drugs" campaign.
Even though the Philippines has left the ICC on March 17, 2019, according to Fatou, the courts still have jurisdiction over crimes allegedly committed in a country while it was still a member state of the Rome Statute, the treaty that created the ICC.
The Philippine government says about 6,600 people have been killed by police in gun battles with suspected drug dealers since Philippine President Rodrigo Duterte was elected in 2016. However, human rights organizations estimate the death toll to be higher.