Ebrahim Raisi Becomes President of Iran, This is the Response of Various Heads of State

The hardline judge, Ebrahim Raisi, has finally been officially declared the winner of the Iranian presidential election. He won a landslide victory by getting votes far ahead of his two competitors, Mohsen Rezaei from the animation camp and Abdolnaser Hemmati from the technocrats camp. From 28.6 million votes, Raisi managed to collect 17.8 million votes. 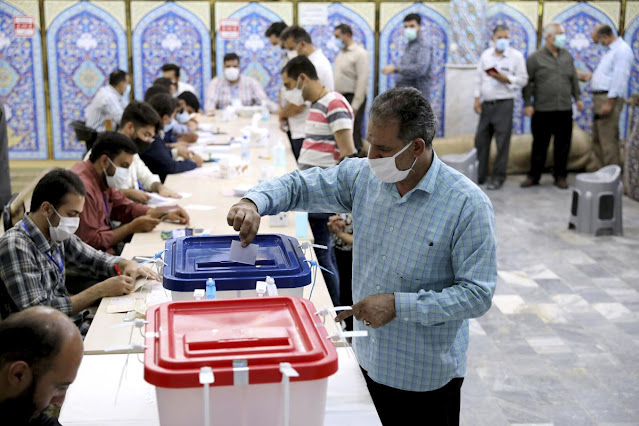 UMMATIMES - His victory elicited various reactions. Some react negatively, some are optimistic. Even so, several heads of state still congratulated him, there was no incumbent Iranian President Hassan Rouhani.

The following are the words of various heads of state for Ebrahim Raisi's victory:

"I hope that your activities at the highest post will contribute to the development of constructive bilateral cooperation as well as cooperation on international issues. It is in the interests of the Iranian and Russian people to protect security and the region," Vladimir Putin said in his message to Raisi.

"I wish Raisi success as the new President of Iran, to support the schemes and interests of the people, especially in the midst of schemes and pressures aimed at helping their independence," Bashar Al-Assad said in a press statement by his government.

"I believe the cooperation between our countries will be stronger under your leadership. I am ready to work with you," Erdogan said in a letter he sent to Raisi.

"Congratulations on the victory and on the Iranian presidential election. We in Iraq are waiting for cooperation to strengthen relations with Iran and its citizens," said Salih.

"We will cooperate with the elected Iranian President Ebrahim Raisi for the next 45 days, before the new administration is taken over," Rouhani said in a statement after Raisi's victory was confirmed.

"We congratulate the successful implementation of the democratic process and the election of Ebrahim Raisi as the new President of Iran. We wish the best for Iran's progress and prosperity. Iran has always been a fundamental part and main supporter of the Palestinian cause," said Qaseem.

"We wish the best for Iran and the bilateral relations, continuity and prosperity of our country," Rashid said of Ebrahim Raisi's victory.