Iran's president-elect Ebrahim Raisi for the first time discussed his links to the mass execution of political prisoners in 1988. The executions were carried out while he was Tehran's deputy prosecutor. 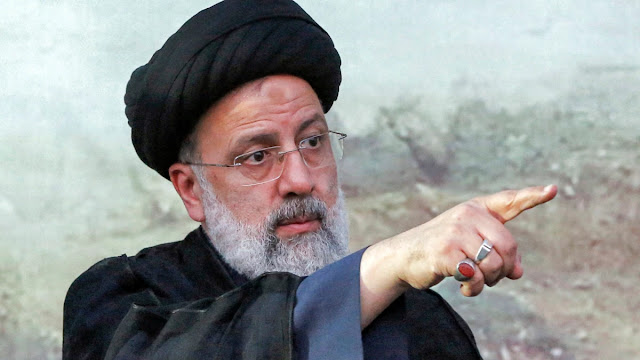 UMMATIMES - Rights groups said shortly after the Iran-Iraq war ended, Raisi was one of the members of the "death commission" that ordered the disappearance and execution of thousands of prisoners. The executed prisoners were mostly members of the Mujaheddin-e-Khalq (MEK), an organization that promotes regime change. At that time, the MEK group led the military offensive in Iran.
In a press conference on Monday (21/6), Raisi was asked about his involvement in the prisoner's execution order. But Raisi did not directly confirm or deny the allegations.
"Everything I did during my tenure was to defend human rights," Raisi said.
As a prosecutor and in other capacities, Raisi feels "proud" for always defending human rights. Now that Raisi is president, he promises to continue to defend human rights.
"If a lawyer, judge or prosecutor has defended people's rights and the safety of society, he or she should be commended and encouraged to keep people safe from attacks and threats," Raisi said.
Rais, who is the head of the ultra-conservative judiciary, garnered 17.92 million votes in Friday's election and beat his three rivals with a landslide victory. According to the Interior Ministry, turnout was 48.8 percent, the lowest in Iran's history.
Raisi is a hardliner who is under sanctions by the United States (US). He is a fierce critic of Western countries. He is under US sanctions for his alleged involvement in the execution of political prisoners decades ago.
"If elected, Raisi will be the first Iranian president to be sanctioned before taking office and potentially being sanctioned while in office," said analyst Jason Brodsky, according to al-Arabiya.
Brodsky said the fact could worry liberal Washington and Iran, especially when US President Joe Biden's sharp focus is on human rights globally. Raisi is a mid-level figure in Iran's Shi'ite Muslim clerical hierarchy.
Raisi was appointed by Iran's Supreme Leader Ali Khamenei as head of the judiciary in 2019. Months later, the US imposed sanctions on Raisi for alleged human rights abuses, including the execution of political prisoners and suppression of riots in 2009.
Amnesty International and Human Rights Watch say Raisi's election as Iran's new president is a blow to human rights. They called for the authorities to open an investigation into Raisi's role in the extrajudicial execution of thousands of political prisoners in 1988.
Iran has never acknowledged mass executions and Raisi has never publicly discussed allegations of his role. Several clerics said the trial was fair and praised the elimination of armed opposition at the start of the 1979 Islamic revolution.
"We continue to call for Ebrahim Raisi to be investigated for his involvement in past and ongoing crimes under international law, including by states exercising universal jurisdiction," said Amnesty International's Secretary General Agnes Callamard.
Human Rights Watch's Deputy Middle East Director Michael Page echoed the same sentiment. He said the Iranian authorities paved the way for Ebrahim Raisi to become president through repression and unfair elections.
"As head of Iran's repressive Judiciary, Raisi oversaw some of the most heinous crimes in Iran's recent history, which deserve investigation and accountability rather than election to high office," Page said.