Erdogan to Biden: Turkey continues to use Russian missiles 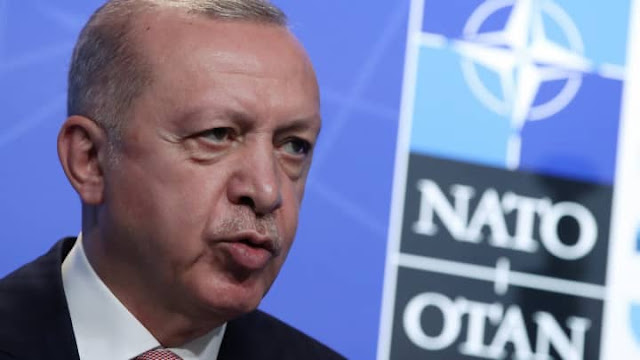 UMMATIMES - Turkish President Recep Tayyip Erdogan told his US counterpart, Joe Biden, that his country would not change its stance on Russia's S-400 missile defense. Washington has given previous witnesses to Ankara's decision.
"I told [Biden] that they should not expect Turkey to take a different step on the F-35 and S-400 issue because we did what we had to do for the F-35 and gave the necessary money," Erdogan said on the return flight. from Azerbaijan on Thursday (17/6).
Turkey's purchase of the S-400 has strained relations with the US and other NATO allies over concerns that the system is incompatible with alliance defenses and could threaten US F-35 fighter jets. Ankara, which was kicked out of the jet program because of Russian systems, dismissed the concerns.
Erdoan said that in the next period, the foreign ministers, defense ministers and heads of the defense industry would advance the process by holding meetings. "We have to monitor developments closely. We will follow up on all our rights," he was quoted as saying by Al Jazeera.
Ankara and Washington have sought to put differences aside and focus on areas of cooperation, such as Afghanistan and Syria. Although Turkey has been angered by US support for the Kurdish People's Protection Units (YPG) militia in Syria, it considers a terrorist group.
Erdogan conveyed Turkey's views on the issue at his meeting with Biden. Turkey also offered to guard and operate Kabul's airport after US and NATO forces withdrew.