Erdogan: Turkey will not change its policy on fighter jets 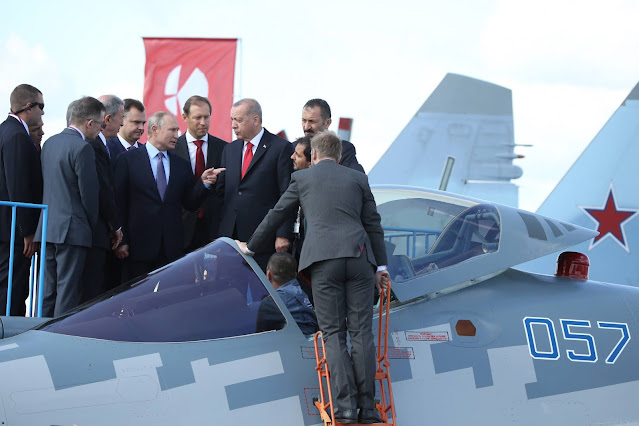 UMMATIMES - Turkish President Recep Tayyip Erdogan has reiterated to his US counterpart that Ankara will not change its policy on Russia's F-35 fighter jets and S-400 missile defense systems.
"I told (Joe Biden), don't expect us to take a different step because we have already done our part in the F-35," Erdogan told reporters in Baku on Thursday, referring to a recent face-to-face meeting. with the US president during the NATO summit in Brussels.
Erdogan also stressed that it was a "historic mistake" for a country to support a terrorist group that its allies are fighting against, instead of siding with its allies who are targets of terrorism.
He added that Moscow was "helping" with the opening of the Zangezur corridor linking the western part of Azerbaijan with the Nakhchivan autonomous region. Erdogan plans to meet Russian President Vladimir Putin in the near future.
Zangezur was part of Azerbaijan, but in the 1920s, the Soviets gave the territory to Armenia. As a result, Azerbaijan broke off relations with Nakhchivan and some sections of the railway between the two regions were destroyed.
Once these parts are repaired, Azerbaijan will be able to reach Iran, Armenia and Nakhchivan by rail access.