Ethiopia holds elections in the midst of civil war

Monday (21/6), Ethiopia held its first "free" elections, as civil war raged in Tigray. The government party was accused of cheating. But the high participation raises hope for the future of democracy. 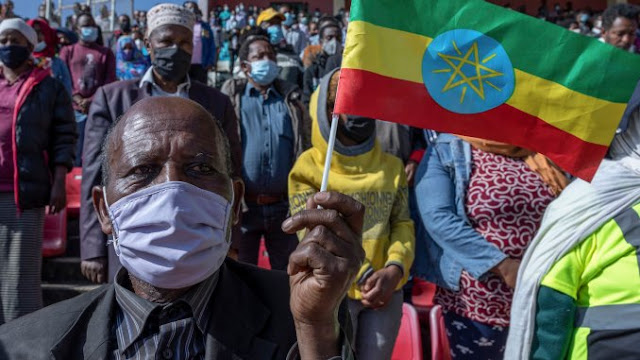 UMMMATIMES - Legislative elections that were supposed to be held last year are a key part of Prime Minister Abiy Ahmed's reform plan. Through what he called "the first attempt to hold free and fair elections", Abiy wanted to close the dark chapter of political instability in Addis Ababa.
The ruling Welfare Party is expected to retain a majority in parliament and form the next government. This popularity, according to critics of a number of opposition figures, is partly due to the practice of bullying opposing candidates, manipulation and threats of violence that resemble political tactics in the style of the EPRDF, the party that used to rule for a long time in Ethiopia, and is now merged into the government party.
This is why some opposition parties have called for boycotts, especially in the most populous state of Oromia. "My hope is that this election will go smoothly, and be held in an honest and fair manner," said opposition candidate Berhanu Nega.
The head of the General Elections Commission, Birtukan Midekssa, acknowledged there were "serious challenges," but underlined how this election involved the largest number of parties in the country's history. "I would like to invite the international community to support Ethiopia through this democratization process, however imperfect it may be," he wrote in the US weekly The National Interest.
Following the conflict in Tigray, the Electoral Commission postponed voting in about 100 of Ethiopia's 547 electoral districts. As many as 37 million citizens are expected to take part in the democratic party.
"We need a government that can bring peace, unity and stop bloodshed everywhere. We also have to get out of the circle of ethnic divisions," said Desalhn Shume, an Ethiopian who said he would vote.
Election in the midst of civil war perang
The war that Ethiopia and Eritrea waged against the Tigray People's Liberation Army (TPLF) has so far killed thousands of civilians, and forced hundreds of thousands more to flee. Meanwhile, ethnic violence has spread to other states such as Amhara, Oromia or Benishangul-Gumuz.
In the midst of the crisis, the United Nations also declared the threat of a famine in Tigray, when food production and aid deliveries were halted by the war.
"Two or three years ago I would have voted for Abiy. But now there are many problems in this country," said an Addis Ababa resident who declined to be named.
Meanwhile the US government expressed "deep concern about the situation in which the election is being held." The European Union announced that it would not send its monitors because the Ethiopian government refused to import communications equipment.
In reaction, Addis Ababa said foreign observers were "neither necessary nor of any value to ensure the credibility of an election." However, Ethiopia eventually allowed African Union observers to oversee the voting process.
"It is our job to maintain unity, not the government's job," said a resident of the capital, Eskedar Teklegiorges, as the government sent hundreds of uniformed officers to parade in Addis Ababa ahead of the election.
The Welfare Party led by PM Abiy was recorded as proposing 2,432 candidates, followed by the Ethiopian Party for Social Justice which entered 1,382 names. Overall, as many as 47 parties took part in this year's political contestation.
"Back then we had no choice," said Girmachew Asfaw, an Ethiopian. "But this time the situation is completely different."