European Union foreign ministers on Monday decided to extend economic sanctions against Russia over its illegal annexation of the Crimean Peninsula and Sevastopol for another year. Under the sanctions, European companies involved in the telecommunications, transport and energy sectors are also not allowed to export. goods and services to local companies. 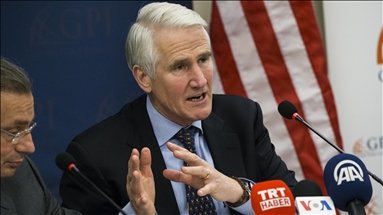 UMMATIMES - The decree maintains a ban on imports of goods from Crimea and Sevastopol, and also targets financial and tourism investment in the area. The sanctions that have been in effect since 2014 have been extended until June 23, 2022.
EU-Russia relations have deteriorated significantly over the past few years. Last week, EU foreign policy chief Josep Borrell put forward his proposal to guide the bloc's relations with Russia.
He recommended that EU leaders base their policies on three main principles, namely “push back, limit and engage Russia”.
The bloc has imposed sanctions since 2014, including asset freezes and travel restrictions, in response to violations of Ukraine's territorial integrity and sovereignty, and Moscow's reluctance to fully comply with the Minsk agreement meant to establish a ceasefire in Eastern Ukraine.
The European Union also sanctioned four top Russian officials for the arrest, prosecution and arbitrary punishment of opposition figure Aleksey Navalny under the Global Human Rights Sanctions Regime in March.