German prosecutors detain Russian researcher The European Union will increase sanctions against Belarus, after sanctions for dishonest elections and the Ryanair flight incident. Subsequent sanctions targeted the Belarusian economy and were imposed on 86 people and organizations suspected of being spies. 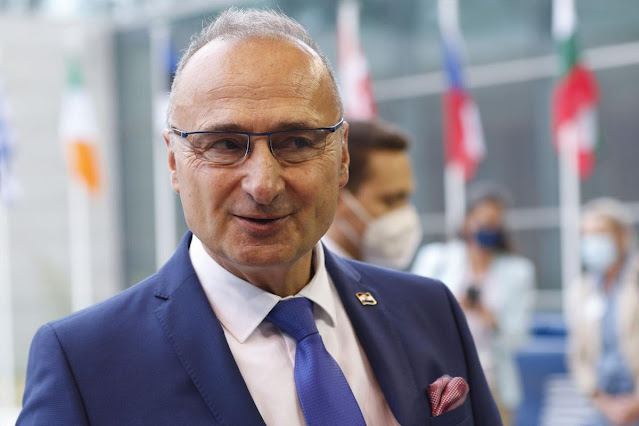 UMMATIMES - European Union (EU) foreign ministers will on Monday (21(06) approve a new set of sanctions against officials in Belarus and prepare a series of measures aimed at targeting the Belarusian economy, EU foreign policy chief Josep Borrell said.
The EU has stepped up sanctions since President Alexander Lukashenko won a sixth term in August in an election condemned as dishonest by the 27-member bloc. Sanction measures were imposed on people accused of election violations and responsible for the police crackdown on protesters that followed.
"'We will agree to a new, broader package of sanctions,'' Borrell told reporters as he arrived in Luxembourg to chair a meeting of EU ministers. He said the asset freeze and travel ban would be targeted at about 86 people and organizations.

Diplomats said the parties targeted for sanctions were those linked to last month's incident of the Ryanair civil aviation intercept that was suspected of detaining Belarusian opposition blogger Raman Pratasevich.
For that incident, the EU has imposed sanctions, namely prohibiting Belarus airlines to fly through EU territory or use its airports.
Borrell said ministers would also prepare for economic sanctions which EU leaders will discuss at Thursday's summit.
"'These sanctions will hurt the Belarusian economy heavily,'' Borrell said.
Such actions are likely to include sanctions on exports of potassium (a common fertilizer ingredient), industrial exports of tobacco and petroleum, and other products.
"We will no longer just sanction individuals. We will now also impose sectoral sanctions which means that we will target economic areas that are very important for Belarus and for the income of the country's regime,'' said German Foreign Minister Heiko Maas.
Maas added that the 27 EU member states were united in imposing sanctions against Belarus.
"We are absolutely, very determined not to waver, not just today - nothing can change that in the weeks and months to come," he said.
During the meeting, the ministers started with breakfast with Sviatlana Tsikhanouskaya, the main opposition candidate for Belarus' election last year, against Lukashenko.