The European Space Agency (ESA) said it was impressed by the record number of applicants with more than 22,000 people. They hope to become the next generation of space travelers on the continent, including more women than ever before and being able to involve around 200 people with disabilities. 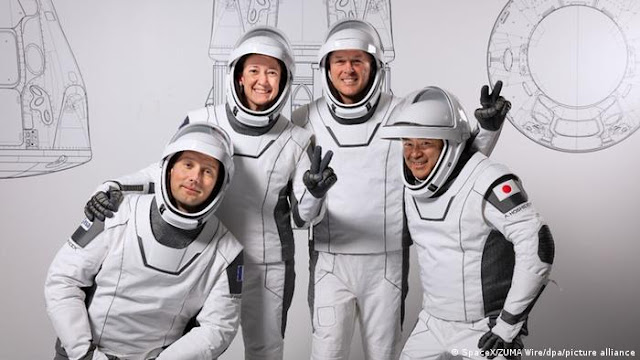 UMMATIMES - “We were all astonished. It is an expression of the very strong interest and enthusiasm that people across Europe have for space," said ESA Director General Josef Aschbacher, Wednesday (23/6).
In a release of the results of a new recruitment effort aimed at greater diversity of astronauts, the agency acknowledged there is still work to be done on gender balance. Only 24 percent of applicants are women, up from 15 percent at the last hire in 2008.
Recruitment campaigns do not specifically address ethnic diversity. However, the ESA emphasizes the importance of representing all sections of society.
The agency accepts applications from 25 member states and member associations. Although most come from traditional applicants such as French, German, British and Italian.
ESA specifically looks for people with physical disabilities. This selection is the first attempt to determine the adaptations required for the space station to accommodate them.
Competition is fierce in this recruitment as only four to six people will be selected as the next European astronaut, with a reserve team of around 20 people. Candidates will undergo intensive screening over the next year, with a final decision expected by the end of 2022.
The ESA has only sent two women into space so far and that will gradually increase. The two women representing Europe in the sky are Claudie Haignere and Samantha Cristoforetti.
ESA director of human exploration and robotics David Parke said 5,419 women applied for the new ESA program. These figures show that much remains to be done to achieve gender balance in the space sector. Globally, 65 of the more than 560 people who have explored space are women, most of them Americans.
The ESA this week signed an agreement with the European Union (EU) that would see the 27-nation bloc deepen ties by increasing its funding for the space agency. As part of the deal, the EU will invest nearly 9 billion euros between now and 2027 in the ESA program aimed at boosting economic growth, digitization and environmental protection.