North Korean leader Kim Jong Un admits there are "tensions" in his country in the food sector. He blamed typhoons and flash floods that swept across his country last year for worsening food conditions in North Korea. 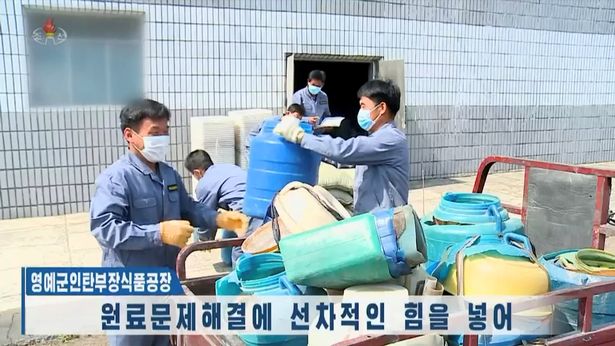 UMMATIMES - "The food situation for people is now getting more and more tense," Kim Jong Un said at a meeting with the Labor Party's central committee.
Kim called on party leaders to concentrate on tackling the problem of food shortages after the wheat farming sector failed to meet production plans.
Conditions in North Korea came to light two months after Kim reportedly alerted officials and the public to conditions that may be more difficult or he calls it a "tough March". Kim's remarks immediately made the world gape as the term 'hard March' refers to a period of devastating famine in the early 1990s.
At that time, North Korea experienced a mass famine following the collapse of the USSR and left Pyongyang without assistance. At that time, an estimated 3 million North Koreans died of starvation.
In 2021, there will be a massive shortage of food supply, triggering rising commodity prices. For a kilo of bananas in North Korea the price can reach Rs 3,336.
Information gathered from contacts in North Korea said the price of black tea rose to Rs 5,167. While the price of one kilogram of corn in North Korea is sold at Rs 204.81.
Another major cause of acute famine in North Korea is the closure of border areas following the Covid-19 pandemic, the imposition of international sanctions and prolonged flooding.