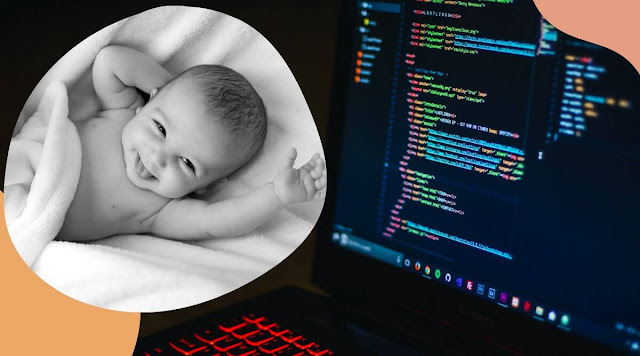 UMMATIMES -  A new baby boy in the Philippines caused a stir because his parents gave him the HTML name Rayo Pascual. HTML is a term on the internet, which stands for Hypertext Markup Language.
The baby's parents are from Bulacan, Philippines. The photo of the baby was uploaded to Facebook on Thursday, June 10, 2021.
"Welcome to the world of HTML," the baby's aunt wrote on Facebook.
The post immediately went viral and got 12 thousand comments. The post has also been shared nearly 10,000 times.
The baby's aunt told that her brother decided to name his son HTML because he worked as a web developer. In programming, HTML is a term used to describe the structure of a website, related to how text, images and links appear on a website.
The baby's family seems to have passed down a unique name for generations. HTLM's father, named Macaroni '85, while his two younger sisters are named Spagetti '88 and Sincerely Yours '98.
HTML mother, Salie Rayo Pascual, welcomed the birth of her baby boy, who was her first child. His relatives were also happy with the choice of the HTML name.