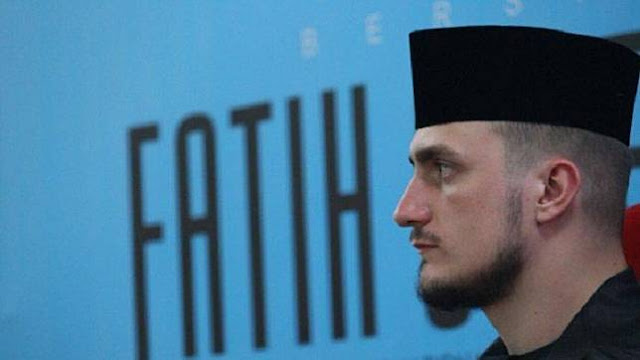 UMMATIMES - Young international Qori Fatih Seferagic pays attention to the events that have been experienced by the Palestinian people in Gaza in recent months.
Hafiz Al-Qur'an who is currently domiciled in the United States has received praise from the Islamic world for his latest message in support of Palestine.
"Continue to spread awareness to stand up for what is right, raise your voice and demand justice," Fatih said in several posts on his social media.
Not only that, Fatih Seferagic also raised funds from the community to provide assistance to Palestinians. The assistance provided was in the form of basic necessities, medicines for hospitals, construction and repair of houses, electricity for schools and clean water.
Fatih opened the donation by cooperating with the Gaza-based Charity Platform, namely Human Appeal which was embedded in the @therealfatih account on Instagram.
As of Friday (4/6), it was recorded that more than USD 400,000 or around Rp. 6.7 billion had been collected on the donation page entitled "Help Rebuild Palestine".
In addition to inviting the public to donate some of their wealth, Fatih also invited netizens and the world community to pray for the Palestinians.
In uploading a short 1 minute video on his account on Instagram, Fatih invites all Muslims to send prayers to Palestinians, both when performing obligatory and sunnah prayers.
“Prayer is the weapon of the believer. If you really care about the suffering of the Palestinian people, you will remember them in every prayer, when you bow down. Every dawn, dzuhur, Asr, Maghrib and Isha and every sunnah prayer. You will come out of the comfort of your sleep at night and pray Tahajjud and pray sincerely asking Allah Almighty to help fight the oppressors of our Muslim brothers and sisters,” Fatih wrote.
The solidarity action carried out by Fatih also received a positive response from netizens, a number of hashtags reading #savepalestine also flooded Fatih's posts as a symbol of support for Palestinian independence.
This young Qori has garnered a huge following and influence with many celebrities and athletes around the world following him on social media.
One of them was seen recently in Fatih's Instagram post which posted a photo with Khabib Nurmagomedov, who is considered one of the most influential Muslim celebrities in the world today, a mixed martial artist from Russia who is also strongly opposed to Israel's attacks on Palestine.
According to Fatih, Khabib with all his popularity is an inspirational figure for Muslims who are not afraid to oppose injustice.
"May Allah continue to bless our brothers and sisters. A true inspiration to all of us. Firm in faith and values. Someone who is not afraid to speak out against the many injustices that are happening around the world," Fatih wrote.
Through his account which is currently followed by 1.9 million followers, Fatih often uploads photos and videos of the latest conditions in Palestine that attract millions of viewers.
In addition to raising donations for Palestine, previously Fatih, who is also a humanitarian activist with his manager Toqeer Khan, has carried out a series of da'wah and charity trips to provide assistance in a number of countries on the African continent including South Africa, Sierra Leone and Togo last Ramadan.
During their visit to various countries in Africa, Fatih and Toqeer distributed a number of aids to residents and broadcast Islamic da'wah.