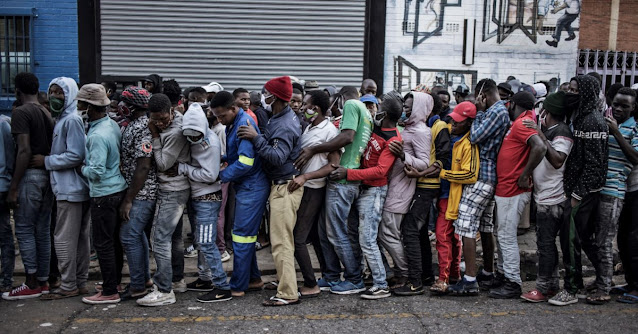 UMMATIMES - Hundreds of former leaders around the world have written open letters ahead of the G7 summit in Britain starting on Friday (11/6). US President Joe Biden will meet the leaders of Britain, France, Germany, Italy, Canada and Japan.
In a letter addressed to the G7, former world leaders consisting of presidents, prime ministers and foreign ministers said global cooperation had failed to materialize in 2020, but that 2021 is believed to usher in a new era.
"Support from the G7 and G20 making vaccines easily accessible to low- and middle-income countries is not an act of charity, but rather is in the strategic interest of each country," the letter reads.

Not charity, but an effort to protect yourself

There are former British prime ministers Gordon Brown and Tony Blair, former UN secretary general Ban-Ki Moon and 15 former African leaders in the alliance. They said the G7 and other leaders invited to the summit should guarantee to pay around $30 billion annually over two years to fight the worldwide pandemic.
"For the G7 to pay (that amount) is not charity, it's a self-protection to stop the disease from spreading, mutating and threatening us all again," Brown said.
"At just 30 pence ($0.43) per person per week in the UK, it's a small price to pay for the best insurance policy in the world," he added in a statement.
The appeals of former world leaders coincided with the release of the results of a poll by charity Save the Children that found strong public support in the US, UK, France, Germany and Canada for the G7 to pay the $66 billion needed. for the Covid-19 vaccine globally.
British Prime Minister Boris Johnson called on members of the G7 group of countries to make a commitment to vaccinate the entire world population by the end of 2022. "I call on my fellow G7 leaders to join us, to end this terrible pandemic and promise we will never allow the devastation of this terrible pandemic. caused by the coronavirus is happening again," Johnson said.
He added inoculation of the world in 2022 would be the single greatest achievement in medical history.