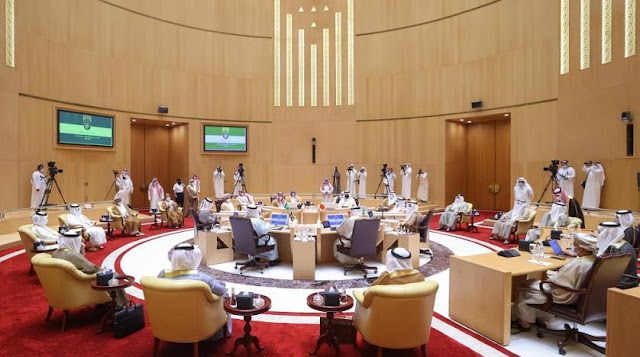 UMMATIMES - Gulf Arab states say it is dangerous if the dialogue between major powers and Iran over the 2015 nuclear deal does not touch on Tehran's missile program and behavior that has fueled "destabilization". The Gulf Arab states emphasized that these two issues should also be discussed in the nuclear dialogue.
On Saturday (19/6), the dialogue between the major powers and Iran for Tehran and Washington to rejoin the 2015 nuclear deal enters its sixth round. Saudi Arabia and its allies protested that the talks held in Vienna did not address their concerns.
Tehran rejects any attempt to add another issue to the deal to curb Iran's nuclear program in exchange for lifting international sanctions against the country. President of the United States (US) Joe Biden wants to rejoin the agreement called the Joint Comprehensive Plan of Action (JCPOA).
In 2018, former US President Donald Trump withdrew the United States from the deal. The foreign ministers of the Gulf Arab States urged the world's major powers in dialogue with Iran to ensure that the ban on the JCPOA is more stringent and long-term.
"In connection with practical steps to build trust, to prevent an arms race and further conflict in the region," the foreign ministers said in their statement released after a meeting in Riyadh, Thursday (17/6).
The foreign ministers added that the Gulf Arab states should be involved in negotiations with Tehran. "(We are ready) to cooperate and deal seriously and effectively with Iran's nuclear affairs, based on respect for sovereignty and good neighborly relations," they added.
The statement stressed the dangers of separating the nuclear deal from Iran's missile program and their support for proxies in the region. The foreign ministers of the Gulf Arab state urged Iran to seriously engage in the talks and avoid escalation.
Relations between Saudi Arabia and Iran have deteriorated since 2016. In April the two countries began holding direct talks to ease tensions.
Their rivalry is felt across the region starting as in Yemen. The Saudi-led coalition has been fighting the Iran-backed Houthi movement for more than six years.