Hamas Says Al-Aqsa Will Be Freed From Israel's Clutches

Hamas leader in the Gaza Strip Yahya al-Sinwar said the Al-Aqsa Mosque would be liberated from the Israeli occupation in the near future. All Palestinian factions will be involved in the struggle. 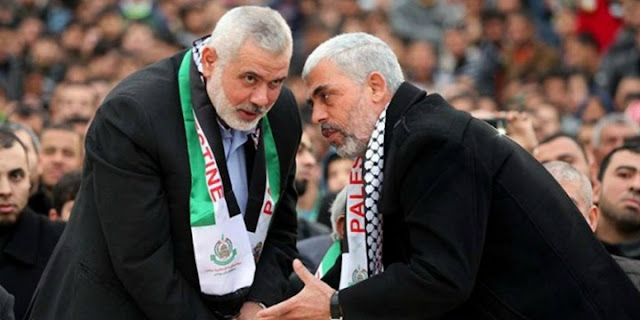 UMMATIMES - "I am sure that many of you who have reached old age will have youthful vigor on the day of the great uprising and will compete with the youth to seize Kalashnikov," al-Sinwar said at a conference on supporting the Palestinian resistance and Jerusalem Al-Quds on Sunday (20/6). ), quoted on the Fars News Agency page.
According to Sinwar, the Palestinian position has not changed regarding the actions of certain countries to normalize relations with the Zionist regime. On May 10-21, Hamas engaged in battle with Israel. The confrontation broke out as Israeli security forces escalated violence against Palestinians in Jerusalem, including the Al-Aqsa Mosque compound.
The ceasefire agreement in Gaza was reached thanks to Egypt's mediating role. The United States (US) also claims to play behind-the-scenes diplomacy to defuse tensions between Hamas and Israel.
According to Gaza's Ministry of Housing, the fighting that took place from May 10-21 has destroyed 1,500 housing units. Another 1,500 housing units were damaged and could not be repaired. Meanwhile, 17,000 other buildings were partially damaged. An official at Gaza's Ministry of Housing said the rebuilding cost could be as high as 150 million US dollars.
Not only buildings, Israel's 11-day onslaught on Gaza caused at least 270 people there to die. Meanwhile, the injured were reported to have reached more than 1,900 people.