Hamid Karzai: US Has Failed in Afghanistan

The former president of Afghanistan said the United States (US) came to his country to fight extremism and bring stability. But 20 years later, Uncle Sam left after failing to achieve both. 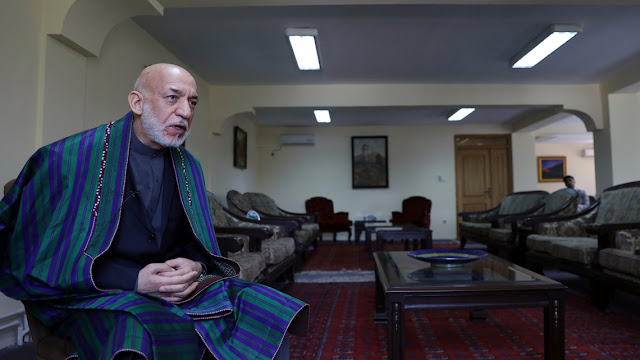 UMMATIMES - Karzai made this point in an interview with the Associated Press conducted weeks before US troops and the European defense alliance, NATO, left Afghanistan.
Hamid Karzai said foreign troops abandoned disaster and left when extremism was at its highest. "Twenty years ago the international community came here with the clear aim of fighting extremism and bringing stability but today extremism is at its peak, so they have failed," Karzai said as quoted from Ahram, Monday (21/6).
He said the legacy of foreign troops in Afghanistan was "a disgrace and a total disaster". "As Afghans we admit our failure but what about the bigger and stronger foreign forces who came here with a clear purpose? Where are they going now?" added Karzai.
Karzai, who has been in power for 13 years, has had a tug-of-war relationship with the United States. He said the Afghan people are desperate for peace and now have to take responsibility for their own future.
"Now we are better off without a military presence, I think we have to defend our own country and take care of our own lives, their presence (gives us) what we have now, we don't want to continue this suffering and humiliation, it's better for Afghanistan they leave. ," he said.