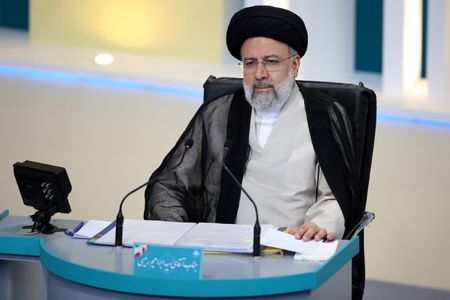 UMMATIMES - Ebrahim Raisi, a hardline judge and confidant of Supreme Leader Ayatollah Ali Khamenei, is getting closer to being president of Iran. The vote count has so far edged him ahead of his rivals, Abdolnaser Hemmati and Mohsen Rezaei.
Quoted from CNN, the vote count is already running 90 percent in Iran. Raisi received 17.8 million votes. Mohsen Rezaei came in second with 3.3 million while Abdolnaser Hemmati came in last with 2.4 million votes. In other words, it is certain that Raisi will become the President of Iran and could potentially be announced this Saturday, June 19, 2021.
The superiority of Raisi had actually been predicted by the experts. With the strong support of conservatives and hardliners behind her, including Khamenei, it is difficult for Raisi to lose. That's why some experts say Iran's election results have actually been set to maintain the power of hardline clerics despite the push for reform.
"Raisi is Khamenei's confidant. He can continue what Khamenei has set up," said Sanam Vakil, deputy director of Chatham House's Middle East and North Africa Program.
In Iran, Raisi is known for many things. Apart from being one of the opponents of Western influence and a loyalist of Khamenei, he is also known as a judge who likes to give executions.
During his tenure as a judge, it was reported that Amnesty International had knocked the hammer on executions for approximately 5000 people. The majority of them were political prisoners who were executed in 1988. According to reports, those who died under Raisi's verdict were buried in hidden and unmarked mass graves.
In 2019, shortly after Raisi was appointed by Khamenei as Supreme Court Justice, the United States imposed sanctions on him. He is considered to have violated human rights when executing thousands of political prisoners and using the courts to suppress protesters in Iran. The sanctions are still in effect.
"If Raisi is elected, he will be the first Iranian president to have been sanctioned before taking office and potentially face sanctions again while in office," said Iran politics expert Jason Brodsky.
During Iran's election campaign, Raisi did not promise much other than improving Iran's economy and eradicating corruption. He is well aware that the first challenge he has to face is the collapse of the Iranian economy due to various factors ranging from COVID-19, corruption, and sanctions from America.
Ebrahim Raisi plans to end American sanctions by seeking Iran's return to the 2015 Nuclear Agreement (JCPOA). The United States has promised Iran the lifting of sanctions if it wants to push its nuclear enrichment program to within limits set six years ago.