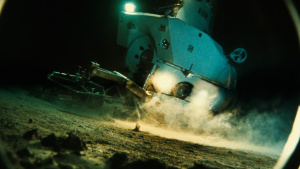 UMMATIMES - On June 18, 1972, the worst plane crash on a British airline killed all 118 people. The flight from London Heathrow to Brussels crashed minutes after takeoff.
The plane on British European Airways (BEA) crashed in a field in Staines. The plane lost contact from the city center only a few hundred meters. This event was the worst disaster in British aviation history at that time.
The Trident jet left Heathrow at 5:08 pm and is only 4.8 km from the airport. Witnesses said the plane fell from the sky. The airline said it did not know what caused flight BE548 to crash. But BEA chief Henry Marking said there was no reason to suspect sabotage.
Witnesses said the three-engine plane broke in two when it crashed. The fuselage hit the trees bordering the reservoir and the tail landed 50 yards (45.7 meters).
"I heard the plane circling overhead and there was a rumbling sound as if the engine had stopped, then there was a sound like thunder," said 15-year-old Adrian Bailey.
Rescue teams managed to pull two people alive from the wreckage. They were a young girl, who tragically died at the scene, and a Dublin businessman who was taken to a local hospital but died hours later.
Heathrow airport's Catholic priest Father Peter Knott reached the crash site within 10 minutes and said it was a site of complete destruction. "There was chaos on the plane it seemed like everyone was killed instantly," he said.
An investigation by the Air Accident Investigation Branch revealed that a speed error had caused the plane to crash. The plane was said to be not at sufficient altitude for the crew to regain control.
A post mortem examination of pilot Stanley Key found that he was suffering from a heart condition that may have caused him pain shortly before the crash. The investigation concluded this had undermined the captain's judgment causing him to make a fatal mistake that was not noticed by the rest of the crew until it was too late. This accident remained Britain's worst air crash until December 1988 when a Pan Am jet was bombed over Lockerbie.