Hong Kong's pro-democracy tabloid, Apple Daily, is in danger of closing after the government indicted five top officials and froze the company's assets. As a result, the opposition media only has "a few days" before it stops operating 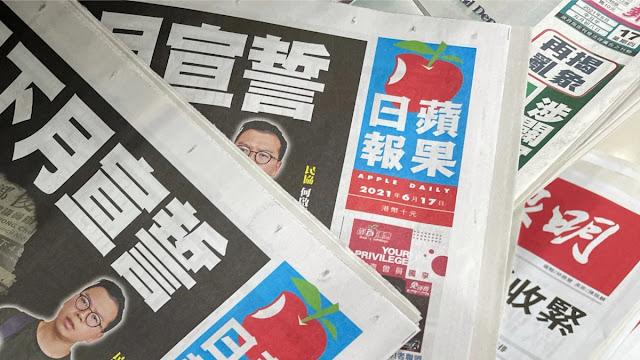 UMMATIMES - The arrests of five Apple Daily executives followed allegations of violating the National Security Act. According to the claim, the company now only has "a few days" before a complete shutdown.
"Apple Daily may only have a few days before closing. The Board of Directors agreed on Monday (21/06) to postpone the final decision to next Friday (25/06), pending the results of the application for disbursement of assets," the pro-democracy daily wrote in an editorial.
A few days ago the Hong Kong government froze Apple Daily's assets of USD 2.3 million. In addition to the five members of the board of directors who are currently being indicted, its founder, Jimmy Lai, has already been jailed. To the five, the government charged "alleged conspiracy with foreign powers or external elements to endanger national security."
In reaction, Apple Daily asked the government to disburse some of its assets to pay employee salaries. If the fixed assets are frozen, the directors will be forced to stop the daily operations, which have been published since 1995. Saturday's edition (26/06) will be the last edition to be printed.
Officials from Next Digital, the parent company that publishes Apple Daily, admit that it is increasingly difficult to maintain operations. "We thought we could hold out until the end of the month. But now the situation is getting more difficult," said Mark Simon, who lives in the United States.
Two members of the board of directors, Cheung Kim-hung and chief editor of Apple Daily, Ryan Law, are both accused of asking foreign countries to impose sanctions on Hong Kong and China. The application for suspension of detention on bail has been rejected by the court.
If convicted, both could face life sentences. 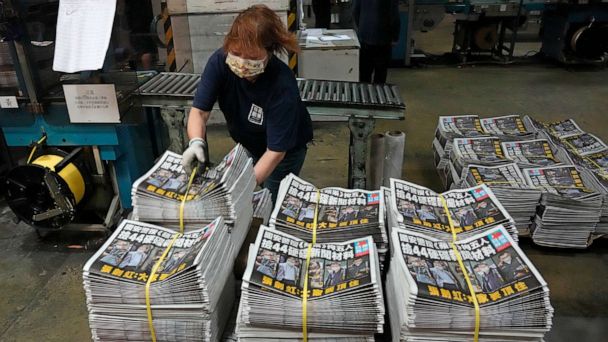 Last Thursday (17/06), as many as 500 police officers searched the Apple Daily office and checked all employees' computers. In a statement, police said the raids were carried out after the Apple Daily published 30 newspaper articles demanding sanctions against Hong Kong and China.
The move is in line with a Reuters report from May, which reported Security Secretary John Lee threatened two banks, HSBC and Citibank, to charge their employees with up to seven years in prison if found to allow transactions with Jimmy Lai.
As a result, it is increasingly difficult for companies to use international financial services. "We can no longer work with banks," Simon said, adding that several agents tried to contact the bank to carry out transactions for Apple Daily, but were refused.
A Reuters source close to the government reported that Apple Daily had sent a personal letter to John Lee requesting the disbursement of assets. According to Simon, the company currently employs around 600 journalists. "For them the most worrying right now is personal safety," not money.
"After all this, the business community will have to admit that a private company was banned and disarmed by the communist regime in Hong Kong." "This is a big thing."