India announces vaccination of 8 million people in one day, why only now?

India has launched a new vaccine program and announced a record eight million injections on the first day of the policy. 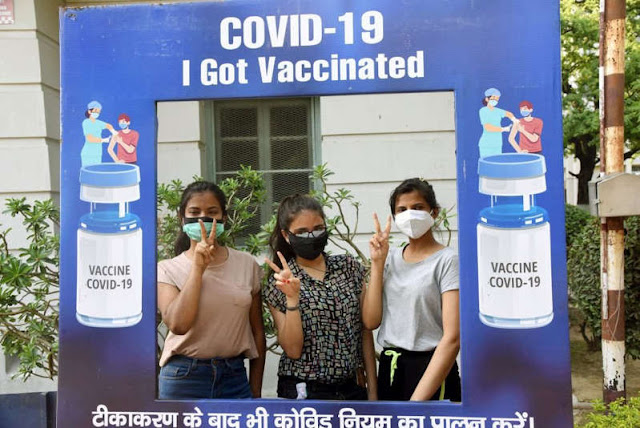 UMMATIMES - The central government buys Covid-19 vaccines from manufacturers and supplies them directly to states.
India is one of the largest vaccine manufacturing sites in the world, but its own vaccination efforts have been slow.
So far, only 5% of the population who have been fully vaccinated are eligible and some states are in short supply of the vaccine.
To boost vaccination efforts, Prime Minister Narendra Modi announced earlier this month that everyone would get a "free vaccine" starting June 21.
On the first day of the new policy, he praised the speed of India's vaccine programme.
Previously, the number of Covid-19 in India increased sharply from April to May.
The number of people who died from the corona virus once reached 3,000 to 4,000 people per day in May.

What does it mean?

This means that the state government will receive the dose of vaccine allocated from the federal government based on the state's population, disease rate, vaccination progress, and unused vaccine.
This policy relieves state authorities of having to purchase doses from manufacturers at higher prices than those offered to the federal government.
The policy also gives the federal government more control over vaccine launches.
The announcement came just days after the earlier policy drew criticism from India's top court, which called it "arbitrary" and "irrational".
The court questioned the reasons behind making states pay more for vaccines than the federal government should.
The states had to buy them on the open market, so the financial burden on some of the poorest states like Bihar, Jharkhand and Uttar Pradesh increased significantly.
"This is a step in the right direction and will address some of the challenges related to procurement," said Dr Lahariya.

What does that mean for ordinary citizens?

"This announcement does not bring much change for the people," said health policy expert Dr Chandrakant Lahariya.
He said it was because vaccines were readily available in government centers.
This new policy is actually similar to what India did when it started rolling out its vaccine in January this year.
This is even acknowledged by Modi himself, who said "the old system, which was in effect before May 1, will be implemented again."
The original policy was changed in April when India was hit by a dramatic spike in the number of cases and India's vaccine efforts weakened.
States are then allowed to bid on vaccines directly from manufacturers, which is expected to encourage other vaccine makers to enter the Indian market and increase supply.
But that didn't work and vaccine shortages started to emerge in some places as supplies couldn't keep up with demand.
We have also looked at the challenges Indian vaccine manufacturers face in trying to increase production.

How is the vaccination journey?

India has administered more than 276 million doses of the vaccine since January, less than 30% of the eligible adult population.
India's adult population is estimated to be around 950 million. 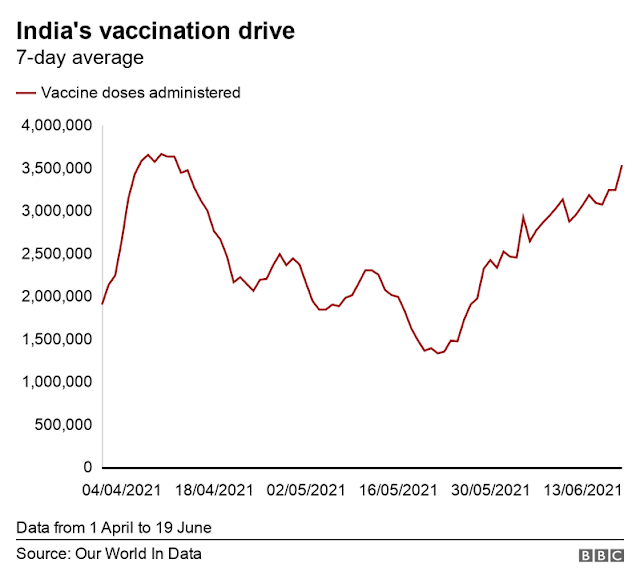 The vaccine drive increased in early April, with 3.66 million doses administered on April 10.
But that figure then fell by almost half in mid-May and several states suspended vaccinations for the 18-44 age group due to stock shortages.
Experts say India failed to order enough vaccines last year to avoid shortages.
The Indian government has pledged to vaccinate all adults by the end of the year, a target that many experts say will be difficult to meet at the current pace of vaccination.