India started opening free Covid-19 vaccination services to all adults in the country on Monday (21/6). The vaccination process there has slowed significantly over the past few months due to a lack of vaccine stocks. 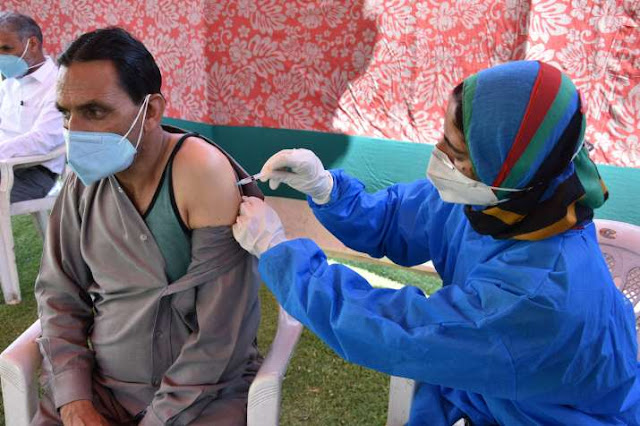 UMMATIMES - The launch of free vaccinations comes as Indian Prime Minister Narendra Modi commemorates Yoga Day. In his commemorative speech, Modi called Yoga "protective" properties against the virus.
"When I spoke to frontline fighters, they told me they had adopted yoga as a protective shield in their fight against the coronavirus. Doctors have strengthened themselves with yoga and are also using yoga to treat their patients," Modi said, quoted on the website. the Straits Times.
The Indian government has expanded vaccination coverage to include all adults under the age of 45 as of 1 May. However, public and private hospitals must purchase their own stock of vaccines for younger age groups. In addition to triggering confusion, it causes a shortage of stock.
However, the government later changed tactics. He announced he would acquire 75 percent of the vaccine supply and distribute it to the states. Thus, they can vaccinate citizens for free. So far 275 million doses of the vaccine have been injected. Nearly four percent of India's total population of nearly 1.4 billion people have been fully vaccinated.
India targets 1.1 billion adults in its country by the end of the year. "The push for vaccination is expected to increase now. Daily vaccinations have increased over the past week and are expected to get stronger," said public health expert in India, Dr Rajib Dasgupta.
Currently, there are almost 30 million cases of Covid-19 in India. The death toll there has penetrated 387 thousand people.