Iran Produces 6.5 Kg of Uranium Enriched Up To 60 Percent 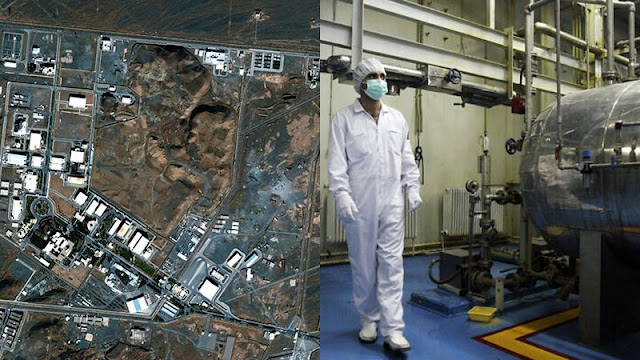 UMMATIMES - The Iranian government says it has made 6.5 kilograms of uranium enriched up to 60 percent. The move comes amid the country's nuclear talks with world powers by taking fissile material a step towards 90 percent nuclear weapons.
Government spokesman Ali Rabiei was quoted by state media as saying the country has also produced 108 kilograms of uranium enriched with 20 percent purity. This shows results faster than the rate required by the Iranian law that created the process.
Iran said in April it would start enriching uranium to 60 percent purity, a move that would bring uranium closer to 90 percent suitable for a nuclear bomb. The move comes after Tehran accused arch-foe Israel of sabotaging a major nuclear site.
The remarks come as Iran and America hold indirect talks in Vienna aimed at finding a way to revive the 2015 nuclear deal between Iran and world powers. Iranian hardliners passed legislation last year to require the government to strengthen its nuclear stance, in part in reaction to former President Donald Trump's withdrawal from the nuclear deal in 2018.
Trump's withdrawal prompted Iran to continue to overstep the treaty limits on its nuclear program designed to complicate the development of an atomic bomb. Although this is an ambition that Tehran denies.
“Under a parliamentary law the Atomic Energy Organization is supposed to produce 120 kg of 20 percent enriched uranium a year. According to the latest reports, we have now produced 108 kg of 20 percent uranium in the last five months,” Rabiei said.
"In the 60 percent uranium production area, in the short time that has passed about 6.5 kg has been produced," Rabiei added.
A quarterly report on Iran's nuclear activities by the United Nations nuclear watchdog in May said that as of May 22, Tehran had produced 62.8 kilograms of uranium enriched to 20 percent. As well as 2.4 kilograms of uranium enriched to 60 percent, with subsequent levels dropping to between 2 percent and 5 percent enriched.