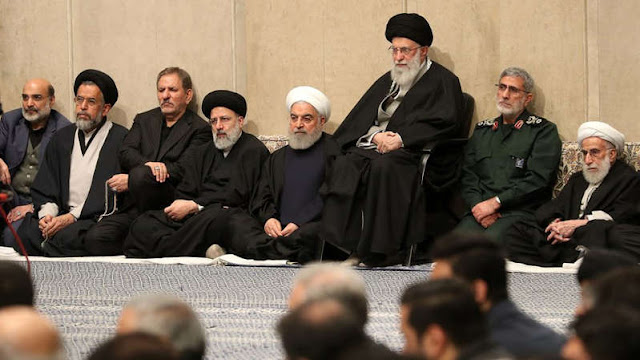 UMMATIMES - Presidential elections are underway in Iran. All but one of the four candidates are seen as hardliners.
Polls show Ebrahim Raisi, the conservative Shia cleric who currently holds the position of chief judge, is the favorite candidate.
In Iran, the president is not the supreme leader of the country. This role is held by the Supreme Leader who is not elected by the people.
Iran's complex and unusual political system combines elements of a modern Islamic theocracy with democracy. A network of institutions not elected by the people and controlled by the Supreme Leader works with the president and a parliament elected by the people.

Here is Iran's political system, and the people who hold power. 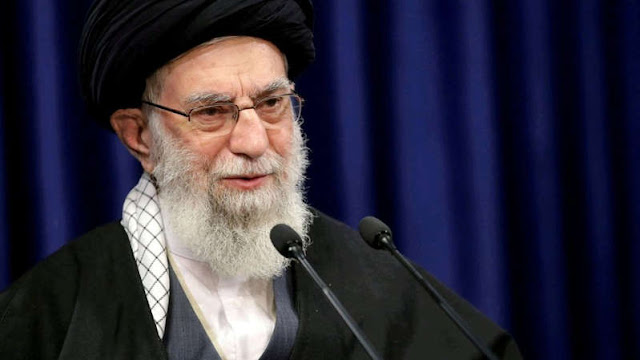 The most powerful figures in Iran (there have only been two since the Islamic Revolution in 1979) are Ayatollah Ruhollah Khomeini (founder of the republic) and his successor, Ayatollah Ali Khamenei. Khomeini occupied the top position of this Iranian political structure after the regime of Shah Muhammad Reza Pahlavi was overthrown.
The Supreme Leader is the supreme commander of Iran's armed forces and controls the security apparatus.
He also appointed the head of the judiciary, the influential half-member of the Guardian Council, the imam for Friday prayers, and the head of the state television and radio network. The Supreme Leader's charitable foundation, which is worth billions of dollars, also controls a large part of Iran's economy.
Ayatollah Khamenei became Supreme Leader after Khomeini's death in 1989. He has maintained power and tempered challenges to the ruling system. 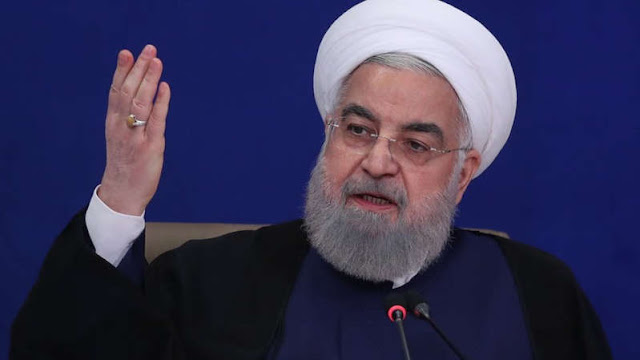 The president is elected for a four-year term and cannot serve more than two consecutive terms. The constitution defines him as the second highest-ranking official in Iran. He heads the executive branch of government and is responsible for implementing the constitution.
The president has considerable influence in domestic policy and foreign affairs. But the final decision on all state affairs rests with the Supreme Leader.
This month, Iranians will vote for the successor to Hassan Rouhani, the moderate cleric who won a landslide victory over hardline opponents in the last two presidential elections. In two elections he won more than 50% of the vote in the first round, so there was no second round.
All presidential candidates must be approved by the Guardian Council, a body of 12 theologians and legal experts.
They approved only seven of the 590 people who registered as potential candidates for this month's election. None of the women got approval. 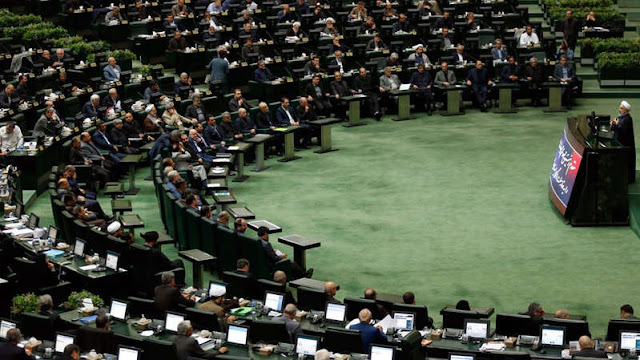 A total of 290 members of parliament, or Majlis, are elected by the people every four years. Parliament has the power to make laws and reject the annual budget, as well as appoint and impeach government ministers and the president. However, all laws passed by parliament must be approved by the Governing Council.
Many hardline politicians won the 2020 parliamentary elections, after the Guardian Council disqualified more than 7000 potential candidates, mostly reformists and moderates. 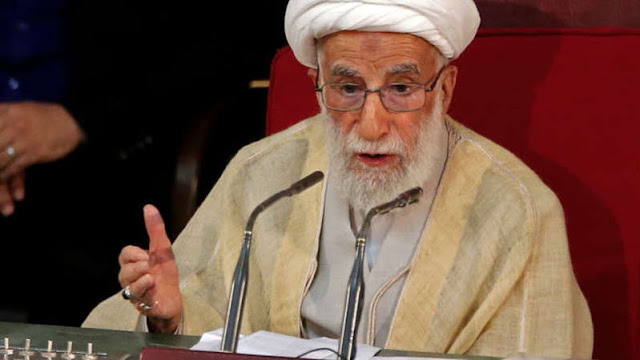 As Iran's most influential body, the Guardian Council is in charge of approving all laws passed by parliament and has the power to veto them. They are also authorized to approve candidates who want to contest the elections for parliament, president, and the Assembly of Experts.
The Guardian Council consists of six theologians appointed by the Supreme Leader and six jurists nominated by the council of judges and approved by parliament. Board members are elected for six-year terms but not all at once, so half the Board members change every three years.
The Guardian Council is dominated by hardline figures, including the council's chief Ayatollah Ahmad Jannati. 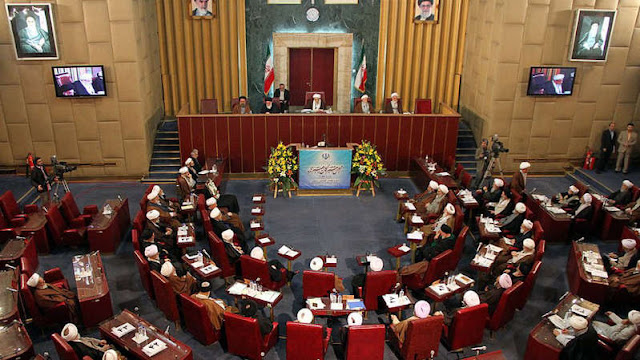 The Assembly of Experts is an 88-member body of clerics responsible for appointing the Supreme Leader and overseeing his performance - and, if he is deemed incapable of carrying out his duties, they have the authority to remove him.
Although they are known to have never opposed the Supreme Leader's decision, the role of the Assembly of Experts is seen as increasingly important because of concerns about the health of Ayatollah Khamenei, who is now 82 years old.
If the Supreme Leader dies or is unable to carry out his duties, the assembly will hold a vote to elect his successor by majority vote.
Direct elections for assembly members are held every eight years. The last election, in 2016, was won by moderates and reformers who filled nearly 60% of the seats after filling less than 25% in the previous term.
The Council of Experts is currently chaired by Ayatollah Ahmad Jannati, a hardline figure who also heads the Guardian Council.

This Council serves as an advisory board to the Supreme Leader and has the highest authority to settle legal disputes between parliament and the Guardian Council.
The Supreme Leader appointed 45 members, consisting of religious, political and social figures. Its current head is Ayatollah Sadeq Amoli Larijani, a hard-nosed former chief judge. 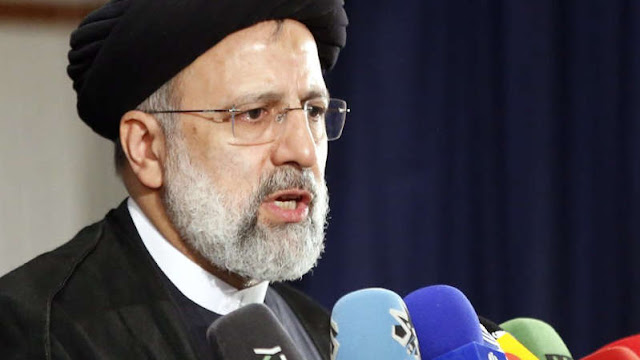 Appointed by and reporting to the Supreme Leader, Iran's chief judge heads the country's judicial system, whose courts and judges ensure the application of Islamic law (and define legal policy). The chief judge - currently hardline cleric Ebrahim Raisi - also nominated six members for the Guardian Council.
The judiciary, in collaboration with security and intelligence agencies, has cracked down on disobedience and is often accused by human rights activists of trying people accused of violating national security on vague charges. 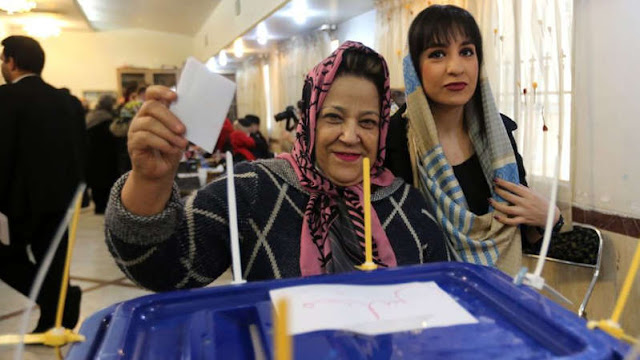 Of Iran's 83 million population, about 58 million people - all over the age of 18 - are eligible to vote. The vast majority of voters in Iran are young people, with nearly half of the population under the age of 30.
Turnout has consistently been above 50% since the Islamic Revolution in 1979 except for the 2020 parliamentary elections, when many turned down to vote amid growing discontent with clerical rule and the state of the economy.

The armed forces consist of the Islamic Revolutionary Guard Corps (IRGC) and the military.
The IRGC was founded after the revolution to defend the Islamic system and serve as a counterweight to the military. Since then they have become the largest armed, political and economic force in Iran, and have close ties to the Supreme Leader.
The IRGC has its own ground, naval and air forces, and oversees Iran's strategic arsenal. They are also the paramilitary unit of the Basij Resistance Force, which has helped suppress dissent at home.
All senior IRGC and military commanders are appointed by the Supreme Leader, who is the commander-in-chief, and is accountable only to him.

The members of the cabinet, or Council of Ministers, are elected by the president. They must be approved by parliament, which can also impeach ministers.
The cabinet is headed by a president or first vice president, who is responsible for cabinet affairs.