The Israeli government said it would allow limited exports of agricultural products from the Gaza Strip. Israel is known to have blockaded the territory for nearly 14 years. 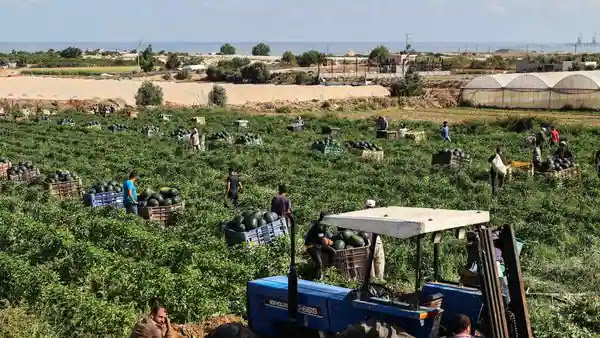 UMMATIMES - "The limited export of agricultural products from the Gaza Strip will start Monday (21/6)," Cogat, the Israeli military agency that manages civilian affairs in the Palestinian territories, said in a statement on Sunday (20/6).
Agricultural products will be allowed out of Gaza via the Kerem Shalom crossing. Cogat said the civil action, which was approved by the political echelons, was contingent on maintaining security stability.
On Thursday (17/6) last week, Israel launched another attack on Gaza. They targeted Hamas-owned facilities. In its attack, the Israel Defense Forces (IDF) targeted a runway near Khan Younis. A number of Hamas military sites were also attacked. "The attack (on Gaza) was carried out in response to the continued launch of incendiary balloons on Israeli territory," the IDF said in a statement, quoted by the Times of Israel page.
According to the Israeli fire service, incendiary balloons flown from Gaza set off at least eight fires in Israel's southern region on Thursday last week. There were four fires on Wednesday (16/6) and dozens more on Tuesday (15/6).