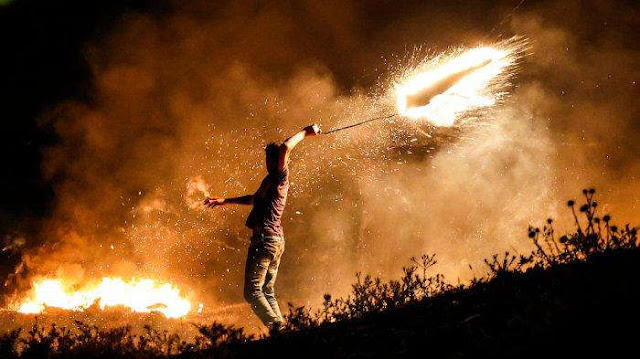 UMMATIMES - The Israeli Air Force is reported to have launched air strikes on the Gaza Strip, on Wednesday morning (16/6/2021).
Security sources and witnesses said the air strikes were sent in retaliation after Palestinian militants sent incendiary balloons into southern Israel.
France24 reported that the airstrikes and incendiary balloons marked the first major turmoil between Israel and Gaza since a ceasefire was agreed on May 21, 2021.
A ceasefire brokered by Egypt has ended 11 days of fierce fighting that has killed 260 Palestinians and 13 in Israel.
According to Palestinian sources, the Israeli Air Force targeted at least one site east of the southern Gaza city of Khan Younes.
An AFP photojournalist in Khan Younes reportedly saw the explosion.
The Israel Defense Forces said that in response to the "burning balloon", "its fighter jets struck a military compound belonging to the Hamas terror organization."
It added that "facilities and meeting places for terror operations" in Khan Younes were targeted.
According to local firefighters, incendiary balloons caused about 20 fires in southern Israel.