Israeli occupation forces threaten to destroy a farm in the town of al-Khader, south of the West Bank district, south of Bethlehem, Sunday (20/6). 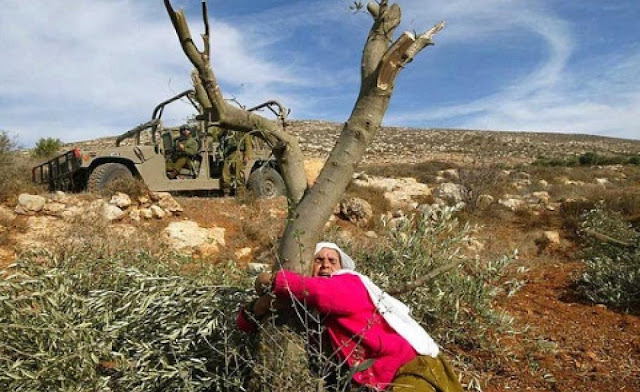 UMMATIMES - The destruction was under the pretext that the Palestinian farmland did not have a permit issued by Israel.
Reporting from Wafa News, Sunday (20/6), local resident Mohammed Salah explained that the army gave him an administrative order to destroy the room within 96 hours.
This is suspected as part of an Israeli government extremist attack in area (C) of the occupied West Bank with the aim of emptying the area. Demolition is also said to be in the interest of expanding settlements.
Earlier today, Israeli forces destroyed two 120 square meters of agricultural space belonging to Palestinians in the Abu Tayyah area southeast of Hebron.
Like other areas located in Area C, under Israel's full jurisdiction, the issuance of construction permits to Palestinians is severely restricted. Israel forces Palestinians living in the area to obtain permits before starting construction.
Israel's planning and development policies in the West Bank are allegedly aimed at preventing Palestinian development and seizing Palestinian land from their land. This allegation was explained by the Israeli information center for human rights in the occupied territories.
"This is covered by the use of the same professional and legal terms that apply to construction in settlements and in Israel, such as planning and building laws, urban development plans (UBP), planning processes and illegal construction," the agency explained.
Planning and building laws benefited the Jewish community by regulating development and balancing different needs. While they serve the opposite purpose when applied to Palestinians in the West Bank.
“There, Israel exploits the law to prevent construction, thwart plans and carry out demolitions. This is part of a broader political agenda to maximize the use of West Bank resources for Israel's needs, while minimizing land reserves available to Palestinians," the agency said.