Israel to Send One Million Vaccines to Palestine 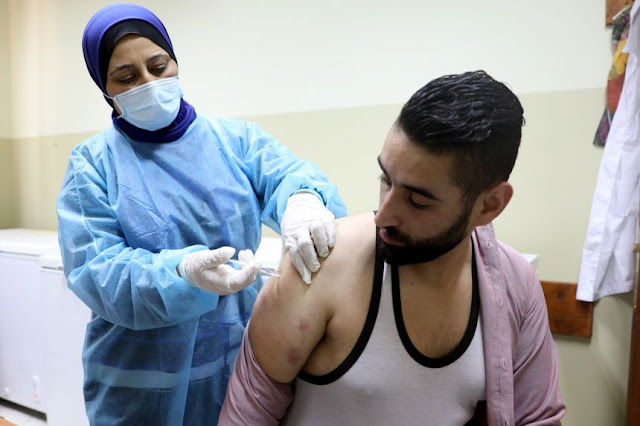 UMMATIMES - Israel will send back at least one million Covid-19 vaccines to the Palestinian Authority (PA) as part of a vaccine-sharing deal. The Pfizer-BioNTech vaccine that will be delivered is also approaching its expiration date.
However, it is not clear when the doses will be sent to Palestine. A statement from the Israeli government said Israel was expected to receive a reciprocal dose of Pfizer's shipments to the PA in September or October.
The Israeli-Palestinian agreement would see the PA provide Israel with a reciprocal dose of one of its own shipments due later this year. The deal involving between 1.0-1.4 million doses was announced by the office of new Israeli Prime Minister Naftali Bennett in place of Benjamin Netanyahu. Israel has faced criticism for not helping enough vaccination efforts in the occupied territories.
As reported by the BBC website, about 55 percent of eligible Israelis have been given both doses as part of a mass vaccination campaign after the country obtained millions of doses of Pfizer-BioNTech vaccine. Meanwhile, about 30 percent of eligible Palestinians in the occupied West Bank and Gaza have received at least one dose of the vaccine.