Israel Turns Against China Against Uighurs

Israel has taken a new stance on the case of forced labor allegedly carried out by China on the Uighur minority community. Israel also signed the condemnation issued by the 47th session of the United Nations Human Rights Council, Thursday (24/6). 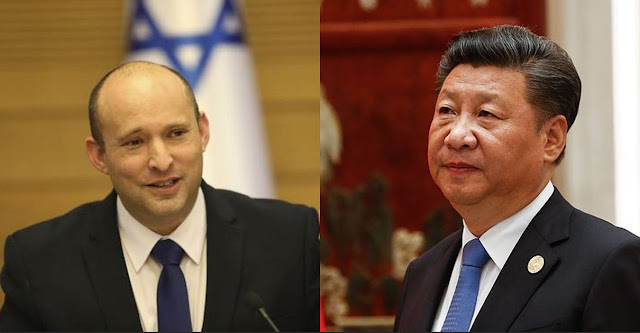 UMMATIMES - The move marks a change in Israel's attitude towards Beijing. This decision was taken by Foreign Minister Yair Lapid in coordination with Prime Minister Naftali Bennett.
Canada's proposed condemnation was signed by 45 countries. But there was no word of genocide in the condemnation. Israel has issued similar statements at trial before, but this is the first time it has signed such a document.
The Jerusalem Post reports sources say Israel signed it at a request from the United States and Canada. But it is not served as a request.
Chinese diplomats asked Israel not to sign the statement condemning it. This is not the first time Israel's move has angered China. Israel recently helped support the International Health Organization (WHO) investigating the origins of Covid-19, something China has avoided.
Diplomatic sources said that while Israel has condemned China's treatment of the Uighurs, it has not largely changed its policy towards Beijing. Israel's Ministry of Foreign Affairs also handles Chinese issues on a case-by-case basis.
But in his speeches and actions when he started serving as foreign minister. Lapid signaled he wanted to emphasize to the world, Israel is a liberal democracy and in harmony with other countries on the same axis.
Currently, together with other Western democracies, the US is taking a firm stance on China. Mostly Israel's allies.