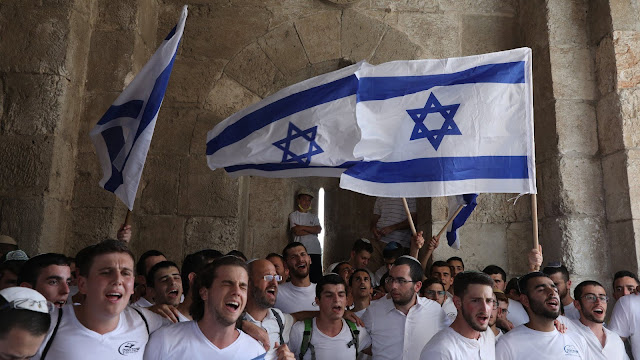 UMMATIMES - Israel claims to want to establish relations with Muslim-majority countries in Southeast Asia, namely Indonesia, Malaysia and Brunei Darussalam. This desire was expressed by the Israeli Ambassador to Singapore, Sagi Karni.
As reported by The Jerusalem Post, Karni said, Israel is willing to work to build relations with the countries of Indonesia, Malaysia and Brunei. Although, he did not deny that the three countries condemned the Israeli airstrikes in Gaza in May 2021. Israeli aggression according to medical records has caused more than 250 Palestinians died and 13 people died in Israel. Indonesia, Malaysia and Brunei have urged the United Nations to step in and stop the atrocities being committed against the Palestinian people.
Karni argued that criticism from the leaders of the three countries was 'dishonest' and ignored the 'true nature of the conflict', which, he said, was between Israel and Hamas, and not the Palestinian people. “Hamas is an anti-Semitic organization. I don't believe many people who participate in the social media debate really understand the radical and fascist nature of Hamas," he said. Hamas, meanwhile, rejects accusations of anti-Semitism.
Karni said that Israel acknowledged that there were civilian casualties during the 11 days of hostilities. But the only way for either side to have any meaningful influence over what happens in the Middle East is to forge a relationship with Israel.
“We are willing to talk, we are willing to meet, and the door is open as far as we are concerned. I don't think it's so hard to find us."
It is known that Israel has embassies in Vietnam, Thailand, the Philippines, and Myanmar among other countries in Asia. Four Arab countries, namely the United Arab Emirates, Bahrain, Sudan and Morocco, agreed last year to normalize relations with Israel under a deal brokered by the United States.
Indonesia, Malaysia and Brunei are known to have no formal ties with Israel and have repeatedly called for an end to Israel's occupation of the Palestinian territories and for a two-state solution based on borders before the 1967 Middle East war.