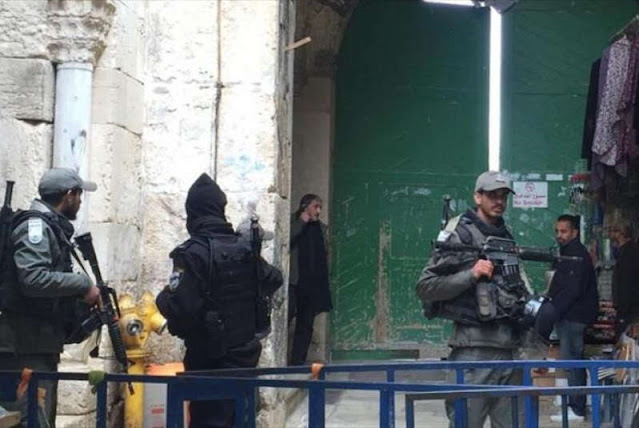 UMMATIMES - Israel will limit controversial night raids on Palestinian homes. The new intelligence tool will allow Israel to obtain information on Palestinians who are not suspected of committing violations, without needing to enter their homes.
The Israeli military said they planned to limit the number of night raids on homes. These night raids for decades have been a cause of fear, trauma and sometimes death for Palestinians living under brutal military occupation.
The attack required soldiers to wake the family in the middle of the night. Families visited by the military will be documented regarding residents of houses in the area. The soldiers called it intelligence mapping.
Israel claims such raids are important for intelligence purposes. However, rights groups have denounced the practice, insisting that the aim of the raids is to oppress and intimidate the Palestinian population and increase state control.
A documentary produced by A Life Exposed, a collaboration of Yesh Din, Doctors for Human Rights Israel (PHRI), and Breaking the Silence in 2018 noted the attack. The documentation concludes that the danger posed by the invasion was severe.
"Because it robs individuals, families and communities of the fundamental belief that their home is their palace," one of the conclusions in the documentation reads.
It is not clear why the authorities decided to limit the invasion practice. According to the Israeli report, the decision was made after a security assessment and improved intelligence gathering techniques. The invasion policy will continue to be carried out after obtaining permission from a more senior chain of command and if there are certain operational needs.
In response to this restriction, Yesh Din's Executive Director, Lior Amihai, considered the decision to be very significant. "The home invasion is inherent to the apartheid regime in the West Bank and we will continue to expose and challenge this practice and others until all human rights are respected," Amihai said.
Meanwhile, the Executive Director of Breaking the Silence, Avner Gvaryahu, believes that this decision will not end the suffering of Palestinians. "Basically, this will not end the occupation or harm the Palestinian people," he said.