Israel's newly appointed foreign minister, Yair Lapid, will visit the United Arab Emirates (UAE) next week. This is the first visit of Israel's top diplomat to the UAE after the normalization of relations between the two countries last year. 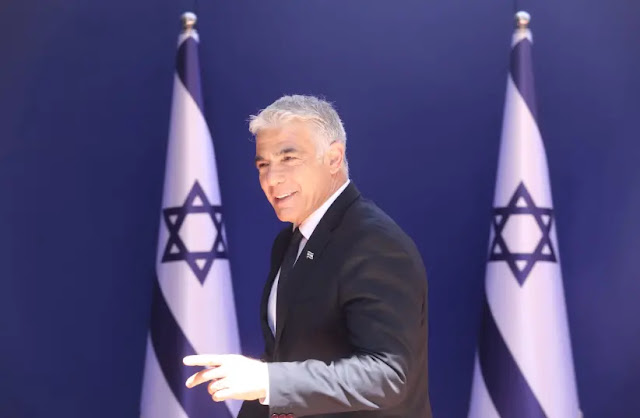 UMMATIMES - The Israeli Foreign Ministry said on Monday (21/6) that Lapid would visit the UAE on June 29-30. During the visit, Lapid will inaugurate the Israeli embassy in Abu Dhabi and the consulate in Dubai.
Last September, the UAE signed a number of business deals with Israel. The two sides agreed to waive visa requirements for their respective nationals and signed a number of bilateral agreements on investment, tourism, direct flights, security and telecommunications.
The UAE was the first Gulf Arab country to announce the normalization of relations with Israel. Other Arab countries that have normalized relations with Israel are Bahrain, Morocco and Sudan. They maintain diplomatic relations with Israel under the Abraham Accord brokered by former US president Donald Trump.
Shortly after the deal was reached, the Trump administration authorized the sale of 50 advanced F-35 fighter jets to the UAE. The sale makes the UAE the second country in the Middle East to have F-35 fighter jets after Israel.
The new governments in Israel and the US have said they hope to reach similar agreements with other Arab countries. Before the Trump administration created the Abraham Accord, the only Arab countries that had diplomatic relations with Israel were Egypt and Jordan.
The Abraham Accord breaks the consensus reached among most Arab countries. The consensus says official recognition of Israel hinges on ending the occupation of the Palestinian territories and establishing a two-state solution.
The Palestinians have condemned the normalization of relations between Arab states and Israel. Palestinians call the normalization of relations a major betrayal by Arab countries and undermines Palestinian efforts for independence.