Israeli police attacked a Palestinian family in the Sheikh Jarrah neighborhood of the occupied East Jerusalem on Sunday (20/6) local time. 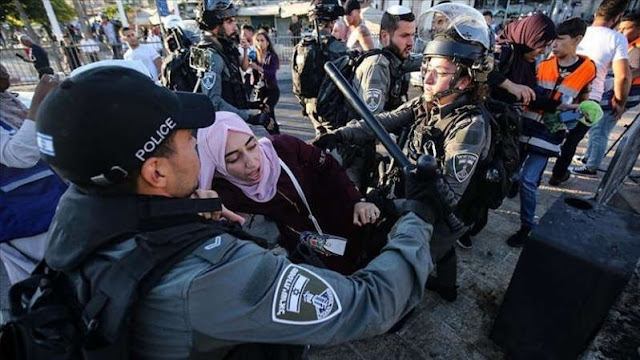 UMMATIMES - According to eyewitnesses, the police prevented residents from entering the square using sticks. They also used violence to disperse journalists and Palestinians who were in the area to support families facing threats of forced eviction from their homes.
Israeli security forces also raided a house in the neighborhood and attacked its occupants. On Saturday (19/6), Israeli settlers fired tear gas at residents and residents who performed a solidarity action for the residents of the neighborhood.
Tensions have risen across the Palestinian territories since April over an Israeli court ruling to expel Palestinian families from their homes in Sheikh Jarrah in favor of Jewish settlers.
The situation escalated after Israeli forces stormed the Al-Aqsa Mosque in Jerusalem, Islam's third holiest site, and attacked worshipers inside. Tensions spread to the Gaza Strip, where Israel launched air strikes that killed at least 290 Palestinians, including women and children, and left a trail of destruction.
Health centers, media offices and schools were also targeted in the attack. On May 21, an Egyptian-brokered ceasefire ended Israel's 11-day offensive on Gaza.