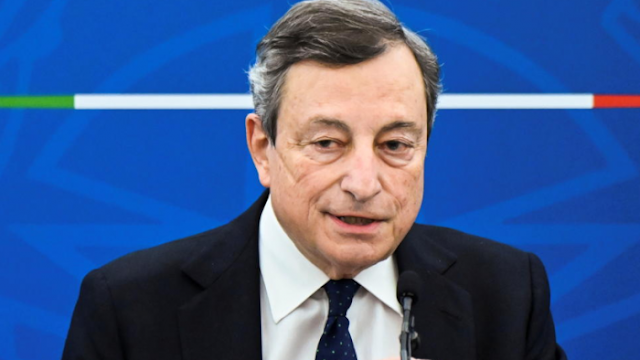 UMMATIMES - Prime Minister Mario Draghi urged Italians to get fully vaccinated against the coronavirus, Friday (18/6). He acknowledged the government's decision to ban AstraZeneca doses for people over the age of 60 had created confusion.
"It's very important for people to be vaccinated. The worst thing you can do is not get vaccinated or only get one shot of the vaccine," Draghi said at a hasty press conference, signaling a turnaround for AstraZeneca.
The government abruptly restricted use of the AstraZeneca vaccine last week following the death of a teenager who developed blood clots after receiving the first dose. Italian drug agency AIFA said people under 60 who had received the first dose of AstraZeneca could be given a different vaccine when they received the second dose.
However, officials said the vaccination campaign saw a slight decline in numbers over the past week. Some people cancel appointments, apparently worried about mixing injections.
Draghi said he would get a different type of vaccine next week after tests showed he had developed low levels of antibodies. He received his initial AstraZeneca injection in March.
"Mixing doses is safe. If a person is under 60 years of age and has been offered a different injection, but does not want it for any reason, this person is free to take a second dose of AstraZeneca as long as they have a doctor's approval and approval," the prime minister said.
As of Thursday evening, 25.3 percent of Italians had been fully vaccinated with another 26.3 percent awaiting a second injection. Draghi said the challenge was to track all people aged 50 and over who had not received any vaccinations. "These are people who are sick, seriously ill and need to be vaccinated," he said.
Italy has suffered the second-highest number of Covid-19 deaths in Europe after the UK. However, the infection rate has fallen sharply in recent weeks and almost all restrictions in the country will be lifted on Monday. While wearing a face mask outdoors remains mandatory, Draghi said he would seek medical advice by the weekend when this could be lifted.