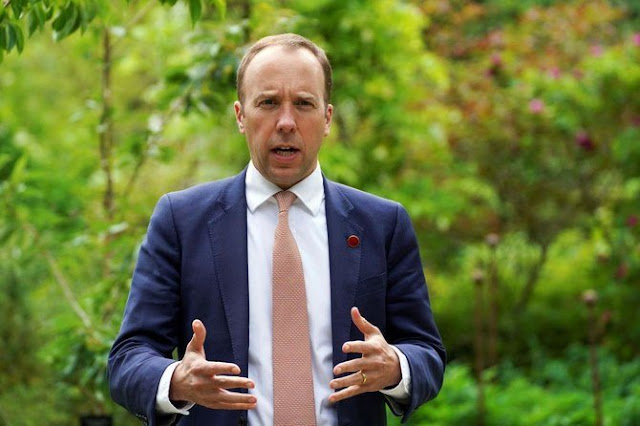 UMMATIMES - British Health Secretary Matt Hancock said on Sunday that it was too early to say whether the government would stick to its plan to lift the lockdown on June 21. According to him, there has been a very significant impact from the delta variant of COVID-19 which was initially detected in India over the past month.
Today, the case predominates in the UK, according to official estimates. He pointed to the increase in new cases of COVID-19.
"It's too early to make a final decision on that," he told Sky News on Sunday.
"The Prime Minister and I and my team will look at the data over the course of this week. We have said that we will give the public enough time before June 21," he continued.
Hancock said it was important for the public to receive two doses of the COVID-19 vaccine because the data showed this (vaccine) was effectively able to fight the delta variant. The UK's rapid vaccination rollout decreased, but did not break, the link between the virus, hospitalizations and death.
Last week, Prime Minister Boris Johnson said he saw nothing in the data that could potentially thwart plans to end the lockdown. Cumulatively, the UK's COVID-19 deaths stand at 127,836, the sixth-highest in the world, according to Johns Hopkins University data.