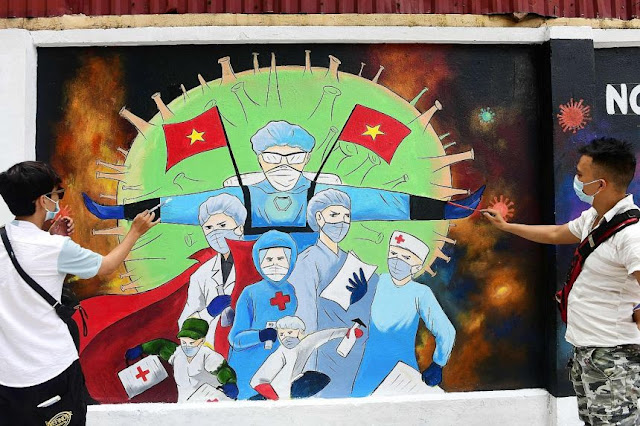 UMMATIMES - Japan will send one million doses of Covid-19 vaccine to Vietnam. This was conveyed by Foreign Minister Toshimitsu Motegi on Tuesday (14/6/2021) local time, as reported by Reuters. The deliveries come as the Southeast Asian country ramps up vaccine procurement to fight a wave of infections.
With a population of around 98 million, Vietnam's number of infections has reached 10,241 people, and only 58 deaths, since the pandemic began.
"A shipment of the AstraZeneca PLC vaccine produced in Japan will arrive in Vietnam on Wednesday," Motegi told reporters.
"Japan is considering donating additional vaccines to Vietnam and Taiwan, and is planning similar shipments to Indonesia, Malaysia, the Philippines and Thailand starting in early July," Motegi added.
Taiwan received 1.24 million doses of AstraZeneca from Japan this month to fight a resurgence of domestic cases. His government thanked Japan on Tuesday for considering additional assistance.
"We will continue to maintain close communication with the Japanese side and look forward to the arrival of the vaccine in Taiwan as soon as possible," Taiwan's foreign ministry said in a statement.
“Japan has pledged $1 billion and 30 million doses for the COVAX facility that provides vaccines to countries in need. But shipments to Vietnam, Taiwan and other Asian neighbors are being made outside of COVAX to expedite shipments," Motegi said.
"If we go through an international organization, the procedure for getting approval may take some time,"