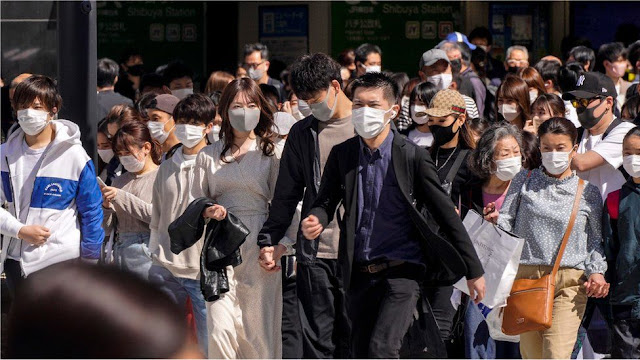 UMMATIMES - Japan's Economy Minister Yasutoshi Nishimura said Thursday that a government-appointed panel of experts had approved a plan to lower the state of emergency in eight prefectures including Tokyo, which will host the Olympics in just over a month.
Speaking at the end of the meeting, Nishimura, who is overseeing Japan's coronavirus response, said the second half of discussions centered on the policy of lifting the state of emergency in Tokyo. With the pace of decline in new infections slowing in recent days, some experts warned of a possible rebound in Covid-19 cases and stressed the need to respond without hesitation through further restrictions or even the restoration of the state of emergency.
Earlier, Japanese Prime Minister Yoshihide Suga said he regretted having to accept all the criticism for hosting the Summer Olympics in the midst of the pandemic, when his government reportedly supported spectators to watch matches in stadiums. Tokyo 2020, which has been delayed by a year, has faced stiff opposition from the public, medical experts and some former athletes amid the fourth wave of coronavirus infections.
Suga's comments seem to illustrate the tensions that have surfaced as the government strengthened its assurances to the world that the Games will be safe when it starts on July 23, 2021. He was speaking in response to comments at a parliamentary session from an opposition lawmaker, who said the prime minister had been attacked for hosting the Games during the Covid-19 pandemic when the governor of the host city, Yuriko Koike, had to consider.
"I am very happy that you said what I wanted to say. Even though I (tried to make) such a statement, parliamentary discussions concluded that all responsibility should be taken by the prime minister," said Suga, Wednesday (16/6).
"I'm not trying to run away from (responsibility), but I feel very unfortunate that this is the direction of debate in parliament," he said, adding.